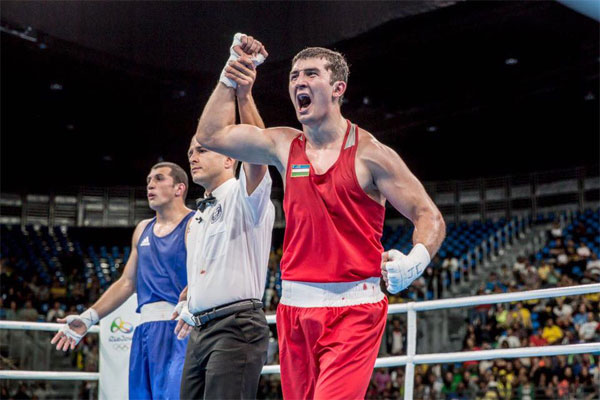 Tashkent, Uzbekistan (UzDaily.com) -- Rustam Tulyaganov lost in the semifinal of the boxing tournament of the Olympic Games in Rio de Janeiro (Brazil) and became bronze medalist.

In the semifinals in the weight category of 91 kg, Rustam Tulyaganov fought against Russia’s Evgeny Tishchenko.

The Uzbek athlete boxed much better compared to his opponent, the judges gave the victory to the Russian boxer.