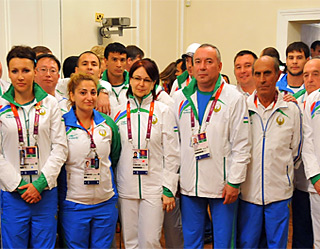 Tashkent, Uzbekistan (UzDaily.com) -- A night of Uzbek culture was held in London within the Olympic Games to honour athletes from Uzbekistan, who are taking part in Games.

Within the night, the presentation of photo book “Fund Forum presents Uzbekistan” and exhibition based on photos of the book were held.

Some 58 athletes from Uzbekistan participated at the Beijing Games in 2008. Uzbekistan won one gold, two silver and three bronze medals in 2008.