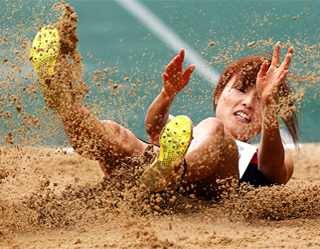 Tashkent, Uzbekistan (UzDaily.com) -- Athletes from Uzbekistan Alexandra Kotlyarova and Anastasiya Juravleva could not advance to finals of Women’s Triple Jump of the London Olympic Games.

The best result of Alexandra Kotlyarova in three attempts was 13.55 meters and Anastasiya Juravleva jumped to 13.54 meters.

In the result, Alexandra Kotlyarova was on 28th place, and Juravleva claimed the 29th place. Both of athletes are not out of competition.