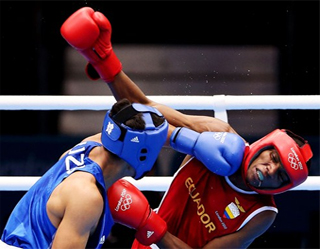 In his second bout, Jasurbek Latipov defeated Egyptian boxer Hesham Abdelaal with a score of 21:11.

Today, Uktam Rakhmanov and Elshod Rasulov will hold their first bouts and can qualify to quarterfinals of the Games.