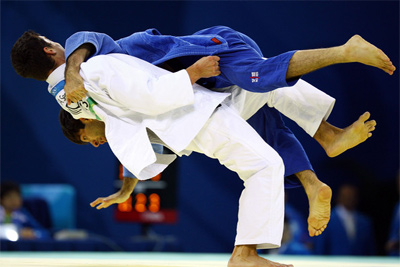 Tashkent, Uzbekistan (UzDaily.com) -- Judoka from Uzbekistan Navruz Jurakobilov wrapped up his participation at the Olympic Games in London, after losing to Tajikistan’s Rasul Bokiev in the weight category of 73 kg.

In the first round, Navruz Jurakobilov defeated Sled Dowabobo from Nauru. In the second round he lost to Rasul Bokiev.

In the result, he lost chance to win another medal for Uzbekistan.