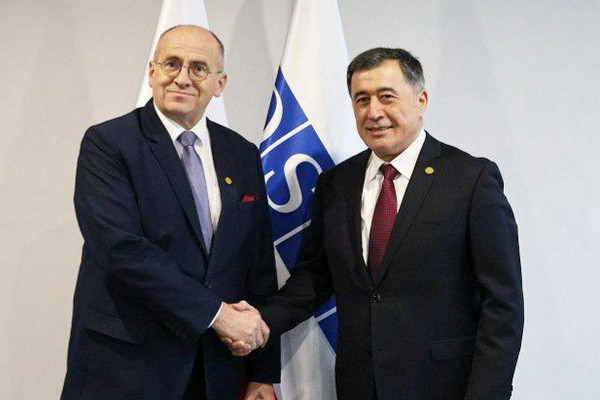 Tashkent, Uzbekistan (UzDaily.com) -- On 2 December 2022, Minister of Foreign Affairs of the Republic of Uzbekistan Vladimir Norov met with the current Chairman of the Organization for Security and Cooperation in Europe (OSCE), Foreign Minister of Poland Zbigniew Rau.

At the beginning of the conversation, the Uzbek Foreign Minister congratulated his colleague on the successful holding of the 29th meeting of the OSCE Ministerial Council, as well as on the worthy completion of the Polish chairmanship in the Organization.

The sides discussed topical issues of Uzbek-Polish relations, as well as interaction within the framework of regional and international structures.

An exchange of views took place on the schedule of upcoming joint events, expansion of cooperation in the cultural and humanitarian sphere.

The parties also considered certain issues of the regional and international agenda.