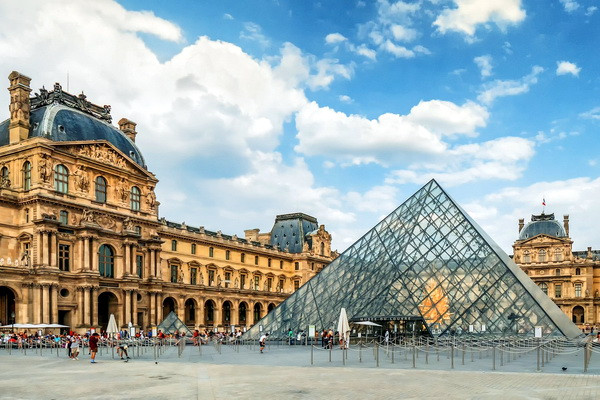 Tashkent, Uzbekistan (UzDaily.com) -- The French online newspaper Musulmans en France (Muslims in France) published an article entitled “On the paths of Samarkand. Miracles of silk and gold. Uzbekistan is honored in Paris: two exhibitions to learn about the history of the country. The splendor of the oases of Uzbekistan”.

“Uzbekistan is one of those countries that are increasingly attracting tourists,” the publication says. - Cities such as Tashkent, Bukhara and Samarkand arouse curiosity, surprise and admiration. President of Uzbekistan Shavkat Mirziyoyev at the first summit "Central Asia - European Union" said that in order to widely familiarize European partners with the unique historical heritage, rich culture and traditions of the peoples of the Central Asian region, major exhibition events will be held in Paris in November.

It is reported that from 23 November, Uzbekistan will be honored in the two most prestigious museums in Paris. “This is not only an opportunity to discover the wealth and splendor of the oases of Uzbekistan in the Louvre, but also to immerse yourself on the paths of Samarkand in search of the riches of silk and gold that have shaped the history of this world-famous city,” writes Musulmans en France. - From 23 November to 6 March, in one of the most beautiful museums in the world - the Louvre, in the prestigious Richelieu Wing, the treasures of the crossroads of civilizations, oases through which the famous Silk Road passed, which played an important role in world trade, will be presented. Here you can see the treasures of Samarkand and Bukhara.”

As noted in the article, all the presented works are unique in that they are exhibited abroad for the first time. Pages from the Koran, monumental frescoes, jewelry, dishes, miniature painting. No less than 130 works will be exhibited, representing 17 centuries of history, the crossroads of the Middle East, the Hellenistic world and Asia.

“Like today’s Uzbekistan, the exhibition highlights the heritage of the crossroads of cultures that existed between West and East, and which has always been Central Asia,” states the portal. “The Arab World Institute presents a unique collection of works that will plunge us into the very heart of the traditions inherent in Uzbek identity.”

It is emphasized that the exhibition, held with the support of the Art and Culture Foundation of Uzbekistan, reproduces the history of the country’s handicraft treasures of the 19th and 20th centuries, in particular textiles, dresses, hats, carpets, as well as jewelry of the peoples of that time, ceramics and embroidery.

“You can also see a lot of paintings, because Uzbekistan inspired many painters and artists of the Orientalism era. Landscapes, cities, people, everything that motivates you to make a unique journey through the steppes of Central Asia,” Musulmans en France concludes.