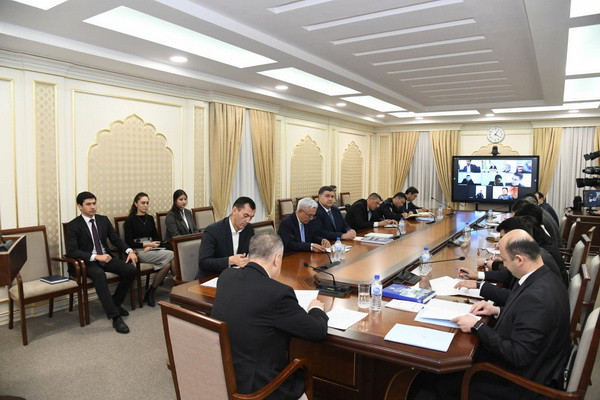 Over 3,000 rare and unique cultural treasures from 14 museums were stolen

Over 3,000 rare and unique cultural treasures from 14 museums were stolen

Tashkent, Uzbekistan (UzDaily.com) -- On 14 November this year, on the eve of the next plenary session of the Senate, a meeting of the Committee on Youth, Culture and Sports was held.

Representatives of the government informed in detail about the implementation of the State Program.

The senators focused on the delay in the implementation of certain tasks of the State Program. In particular, the need to improve the system of training leading specialists in the field of fine and applied arts and design, and further revitalize the construction of film cities was emphasized.

The meeting also discussed the issue of sending a parliamentary request to the Cabinet of Ministers of the Republic of Uzbekistan on measures to preserve museum items and collections and ensure their safety.

During the discussion, the senators noted that in the work to preserve museum objects and collections and ensure their safety, some issues remain relevant and need to be addressed.

In addition, the regulatory legal acts relating to the activities of museums are scattered, there are more than 100 of them.

According to the Regulations approved by the government, only the procedure for accounting and storage of museum items and museum collections included in the National Museum Fund is established. However, there are no clear procedures for recording and storing about 1.2 million museum items and collections that are not included in the National Museum Fund.

Such problems and shortcomings create grounds for the theft or replacement of unique museum exhibits.

Thus, more than 3 thousand rare and unique cultural values of 14 museums throughout the country were stolen.

In general, over 30 years, damage to cultural heritage sites has exceeded 4 trillion soums.

Based on the foregoing, the members of the Committee unanimously approved the issue of submitting a parliamentary request for discussion at the plenary session with a requirement to provide a written explanation of the ongoing preventive work, the measures taken to preserve and ensure the safety of museum objects and collections, as well as the planned plans.

As a result of the meeting, the relevant decision of the Committee on the agenda items was adopted.