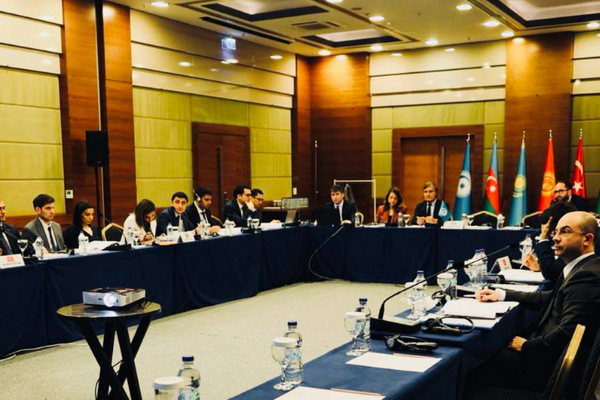 The Organization of Turkic States creates its own investment fund

The Organization of Turkic States creates its own investment fund

Tashkent, Uzbekistan (UzDaily.com) -- At the headquarters of the Organization of Turkic States (OTS) in Istanbul, a meeting was held between senior officials of the ministries of economy and finance and other relevant institutions of the member states to establish a Turkic investment fund, Dunyo news agency reported.

According to the OTC secretariat, on 12 November 2021 in Istanbul, at the 8th Summit of the organization, a corresponding decision was made by the heads of member states. At the meeting, the details of the Framework Agreement on the establishment of the Turkic Investment Fund were discussed and the main elements of the Fund were agreed, including issues related to functions, powers, financial resources, organization and activities.

At the meeting, Secretary General of the OTC Baghdad Amreev emphasized the need to complete the creation process in a timely manner and expressed hope that the fund would start working before the end of the year, as planned.

Recall that following the results of the OTC Summit, it was decided to transfer the chairmanship in the organization to Azerbaijan and to hold the first summit of the Organization of Turkic States in Uzbekistan in 2022.