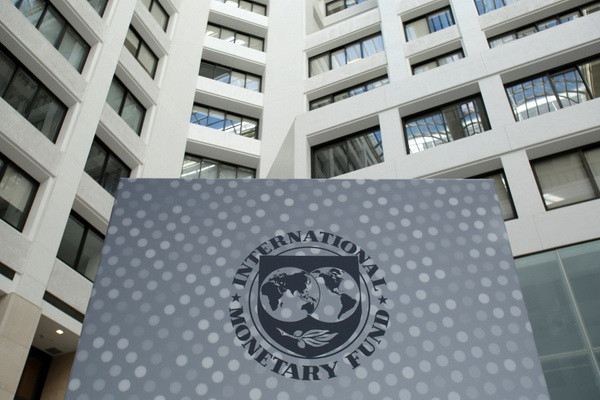 IMF: Uzbekistan’s growth is expected to slow to 3–4 percent in 2022

IMF: Uzbekistan’s growth is expected to slow to 3–4 percent in 2022

Tashkent, Uzbekistan (UzDaily.com) -- An International Monetary Fund (IMF) staff team led by Ron van Rooden visited Tashkent from 31 March to 13 April 2022, for discussions in the context of the 2022 Article IV consultation with Uzbekistan. At the conclusion of the mission, Mr. van Rooden issued the following statement:

NEW HEADWINDS WEIGH ON THE OUTLOOK

Uzbekistan has weathered the pandemic relatively well. Strong fundamentals, ample policy buffers, and high gold prices allowed the authorities to take decisive actions to mitigate the social and economic impact of the pandemic, while maintaining stability. As a result, the recovery that started in late-2020 gained momentum in 2021, with growth accelerating to 7.4 percent. Global food and commodity price pressures added to inflation, but with a relatively tight monetary policy stance, inflation fell to 10 percent by end-2021.

Just as it appeared that Uzbekistan had moved past the acute phase of the pandemic, the war in Ukraine and the sanctions imposed on Russia have brought new uncertainty and weigh on Uzbekistan’s outlook. Russia is a key trading partner and a large source of remittances and financing, including for the energy and mining sectors. Spillovers from trade disruptions, higher fuel and food prices, and tighter global financial conditions create additional headwinds. Volatility and uncertainty are expected to remain elevated for some time.

With the new headwinds, Uzbekistan’s growth is expected to slow to 3–4 percent in 2022, down from 6 percent projected earlier. Lower remittances and financing from Russia, and to a lesser extent a reduction in trade, due also to further supply chain disruptions, are projected to reduce consumption and investment. The current account deficit is projected to widen to about 9½ percent of GDP, with lower remittances partly offset by lower imports and higher commodity export receipts. Inflation is expected to remain elevated this year, at close to 12 percent, due to surges in international food and fuel prices.

Unusually high uncertainty surrounds the outlook and downside risks dominate. Downside risks stem particularly from a possible further escalation of the war and the sanctions regime, and a renewed flare-up of the pandemic, as new variants of the virus may emerge. This underscores the need to continue immunization programs to ensure that the majority of Uzbekistan’s population is vaccinated. Uzbekistan could also be adversely affected by slower growth in its other key trading partners, including China, Turkey, and Kazakhstan, and further volatility in commodity prices.

POLICIES TO LIMIT THE FALLOUT AND MAINTAIN STABILITY

In the near term, the authorities are rightly focusing on cushioning the spillovers from the war in Ukraine. Policies are aimed at ensuring food security, supporting vulnerable households, safeguarding macro-economic and financial stability, and securing channels for trade and financial flows. Economic agents appear to have been able to adjust relatively quickly by conducting international transactions via non-sanctioned channels. Logistical challenges are large, however, causing delays and substantially adding to costs.

With the recovery slowing, the planned fiscal consolidation for this year can be scaled back. After budget deficits widened during the pandemic, reaching 6 percent of GDP in 2021, the approved budget for 2022 aimed to bring the deficit back to 3 percent of GDP. However, with debt levels relatively low, there is room to slow the pace of fiscal consolidation. Higher revenues from gold sales will offset the decline in revenues due to reduced activity, but additional targeted support will be needed to protect vulnerable households, who will face falling remittances amidst rising prices. Combined with a reprioritization of spending and a reassessment of investment plans, the deficit could be contained at about 4 percent of GDP. The larger deficit could be financed largely by multilateral and bilateral official support and limited domestic financing, and possibly by tapping capital markets as conditions improve.

A credible medium-term fiscal framework will help to anchor expectations. To underpin fiscal sustainability, the authorities plan to complement the new debt law, which is expected to be adopted soon and which will limit public and publicly guaranteed debt to 60 percent of GDP, with additional fiscal rules that limit annual budget deficits, new state guarantees, and commitments in public-private partnerships, and to strengthen fiscal risk management. Combined with the authorities’ commitment to limit the fiscal deficit to 3 percent of GDP in the years ahead, Uzbekistan remains at low risk of debt distress. A high level of international reserves and long maturities further mitigate the risk of debt distress.

Monetary policy faces the difficult task of balancing fighting inflation while safeguarding the recovery. The Central Bank of Uzbekistan (CBU) acted decisively by raising its policy rate from 14 to 17 percent in mid-March to anchor expectations and stem exchange rate pressures. The current policy stance appears appropriate to contain price pressures and gradually bring inflation down to the CBU’s medium-term objective. Policy transmission remains constrained, however, by a low level of financial intermediation, a high degree of dollarization, and lending programs at preferential rates. Monetary policy may need to be tightened further if food and fuel price pressures feed more broadly into core inflation, to avoid inflation from becoming entrenched. The CBU should continue to communicate clearly on the outlook for inflation and monetary policy. Exchange rate flexibility, while smoothing short-term volatility, will help to absorb external shocks.

Continued close monitoring of banks’ financial health is warranted. Banks were resilient during the pandemic, with only a modest increase in non-performing loans (NPLs). While credit growth has slowed to more sustainable rates, the negative stresses from the pandemic and past credit expansion may yet emerge. While Uzbek banks have limited exposure to sanctioned Russian banks, lower trade and remittances may cause an increase in NPLs. Loan portfolios continue to show high concentration and foreign currency risks, with the largest exposures mainly to state-owned enterprises (SOEs). The CBU should continue to closely monitor banks’ liquidity and capital positions, including through updated stress tests, and stand ready to provide liquidity support to viable banks when needed.

POLICIES TO ENHANCE GROWTH AND RESILIENCE

The authorities are committed to continue with structural reforms to strengthen Uzbekistan’s growth potential and resilience. While the pandemic slowed privatization and energy sector reforms, progress was made in other areas, notably in agriculture and improvements in governance. The ongoing liberalization of cotton and wheat prices and the reduction of crop placement requirements are helping to diversify and boost agricultural production. The introduction of a mandatory and transparent online public procurement platform, with information on the beneficial ownership of participating companies, is reducing opportunities for corruption.

Achieving Uzbekistan’s sustainable development goals will require improving the effectiveness of public spending and increasing revenue mobilization. Notably, there remains a need to streamline public administration, and further improve public investment management and the efficiency of health and education spending, while better attuning education programs to required skill sets. The social safety net was greatly expanded during the pandemic, more than doubling the number of recipients, with its targeting improved. As a next step, the pension system needs to be placed on a financially sustainable footing, while providing protection against old-age poverty. Revenue collection can be increased by eliminating exemptions and further improvements in tax and customs administration, also to make room for the planned reduction in the VAT rate in 2023.

Creating an environment for strong private-led and job-rich growth is crucial to absorb a rapidly growing labor force and a possible influx of returning migrant workers. Financing of growth will need to shift away from government and SOE borrowing to private investment, and new jobs will need to come especially from small and medium-size private enterprises.

The authorities recently adopted a broad set of measures to open up markets and enhance competition, including the elimination of various privileges for SOEs, the removal of barriers to market entry in several sectors, and a strengthening of the anti-monopoly committee, while a new competition law is under preparation. More will need to be done to further open up markets and create a level playing field for businesses.

Further efforts are required to strengthen property rights and the rule of law, including by fighting corruption and strengthening the independence and integrity of the judiciary.

Accelerating the sale of non-agricultural land will provide security to investors. Enhancing land tenure rights and establishing a market for agricultural land are needed to help farmers mobilize financing.

The authorities’ efforts to accelerate WTO accession negotiations and certification processes under the EU’s GSP+ will help with increasing and diversifying foreign trade.

The role of the state in the economy needs to be substantially reduced. The government made a start with privatization last year, selling many smaller assets and a mid-sized SOE. SOEs still account for more than half of total output, however, and dominate key sectors.

While privatization will be more challenging in the current uncertain environment, the authorities will continue to sell smaller assets via open and transparent e-auctions and announced plans to sell several mid-sized SOEs and stakes in a number of state-owned banks and larger SOEs, including in the energy, aviation, and telecommunication sectors, during 2022–23.

Adopting the new privatization law, to streamline procedures for selling SOEs and state-owned banks through transparent and competitive processes, would help accelerate the privatization process.

For entities that remain in state hands, adoption of the new state-ownership law, with well-defined ownership principles, and continued efforts to improve SOE corporate governance and financial reporting are essential. While the number of professional, independent members of supervisory board of SOEs and state-owned banks has increased, more are needed to establish majority independent supervisory boards and enable strengthening these companies’ management boards.

The elimination of government guarantees for SOEs and the new procedures that were adopted for the approval of large-scale SOE borrowing will help impose greater financial discipline.

Energy sector reforms are vital for mitigating the impact of climate change. Importantly, the authorities have initiated a shift to renewable energy, while improving the efficiency of gas-powered energy generation. The gas and electricity companies have been unbundled, with the creation of separate generation, transmission, and distribution companies. Bringing energy tariffs gradually to cost recovery and then to market levels, while protecting vulnerable households through additional social assistance, and establishing an independent energy sector regulator are essential conditions for creating a competitive energy market and improving energy efficiency and resource allocation.

Ensuring continued macro-economic stability and accelerating structural reforms in the years ahead will be key to growth reverting to its medium-term trend of 5–6 percent per year. This would allow the authorities to achieve their goal of Uzbekistan becoming an upper middle-income country by 2030, with incomes exceeding the equivalent of US$4,000 per capita, and to halve the poverty rate.