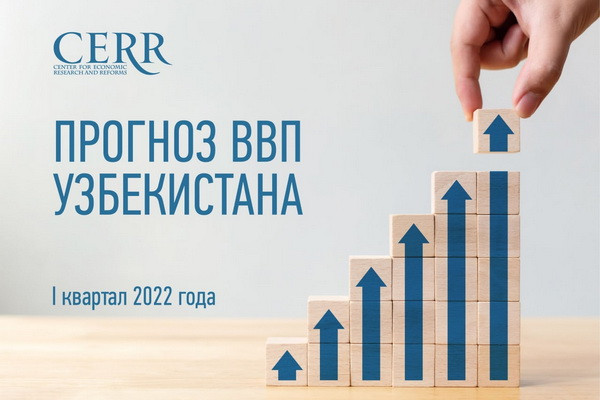 Based on the collection of about 250 weekly Google search results in 20 categories, combined with price estimates for individual products and fundamental variables of gross imports and stocks, a weekly GDP forecast was made.

The forecasts revealed specific aspects of GDP that were not revealed in the quarterly figures. In particular, Uzbekistan’s GDP slowed down significantly during the acute periods of the pandemic. A particularly significant slowdown was observed in March-April 2020. The subsequent growth of the economy in the first half of 2021 was also significant.

The main growth drivers will be the recovery of international trade, remittances and domestic investment after the pandemic. At the same time, economic growth will be subject to several risk factors such as a new wave of "omicron" and a change in the trend in the economy. Taking these factors into account, the projected range of economic growth is set at 4.5%-5.3%.

Nocasting - the method uses Google search trends, advertisements and announcements placed on web pages, news text data. This method is widely used in the development of national economic policies in many developed countries - the Bank of England, the European Central Bank and the OECD. The current method is relevant in that key statistics are available with significant delay, especially for quarterly GDP figures. This forecast is also used to assess specific aspects of the state of the economy, such as the labor market and the well-being of the population.

The advantage of this method lies in the availability of the necessary and timely statistical database, especially for quarterly GDP figures. Models of this class have similar characteristics to traditional models, but significantly outperform them during “crisis” events (for example, 2008–2009 and 2020).