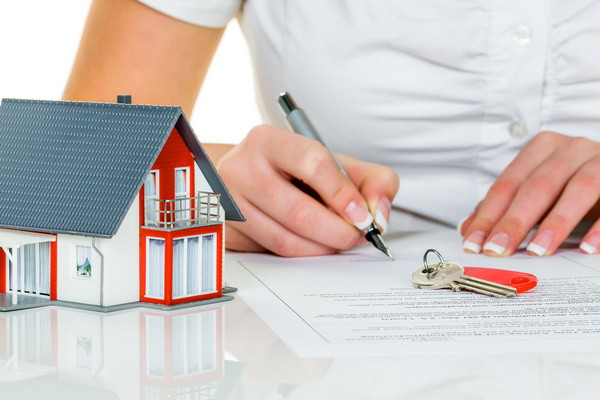 Tashkent, Uzbekistan (UzDaily.com) -- In 2021, the real estate market in Uzbekistan has intensified significantly. This was due to increased demand from the population, as a result of an increase in mortgage lending and affordable housing programs. In addition, the relative stabilization of the exchange rate has also had an impact on the real estate market.

In 2021, 14.5% more purchase and sale transactions were made than in the previous year. A significant increase in contracts for the sale of residential property was observed in Namangan (over 42%), Bukhara (+38%), Andijan (+34%) and Samarkand (over 31%) regions. The number of contracts with the alienation of property in Tashkent and the Tashkent region remained practically unchanged (+1%).

At the same time, the share of transactions for the sale and purchase of housing in the capital decreased to 29% in 2021 from 33% in 2020, in Tashkent region from 14% to 12%, respectively. Such a change indicates that the increased demand for housing in Tashkent and nearby areas is gradually normalizing, and the development of infrastructure in other areas is likely to become the main reason for residents to purchase real estate in regional markets.

In the fourth quarter of 2021, there was a more accelerated price growth and the average cost of secondary housing in the republic increased by 5.1% compared to the third quarter (in the third quarter, the growth was 2.3%). In Tashkent, in comparison with previous quarters, when there was a relatively stable increase in real estate prices of 1.5-2%, in the fourth quarter there was an acceleration of growth rates (4.2%). Most likely, the increase in prices is due to the macroeconomic conditions prevailing in the country in 2021.

More than 10% rise in prices was observed in Samarkand, Andijan, Bukhara and Syrdarya regions. If we turn to the number of transactions for the purchase and sale of housing, there is a close positive correlation between demand and price in these regions. At the same time, a significant increase in the cost is most likely associated with the predominance of more expensive apartments in the sample (due to location, infrastructure development, furnishings and repairs). In other regions, a moderate change is shown without sharp price jumps.

The impact of macroeconomic indicators on the cost of housing

Macroeconomic conditions in the country affect the state of supply and demand in the real estate market. The impact of these factors on home prices has become more pronounced as the economy recovers rapidly in 2021. High rates of economic growth, an increase in the income of the population, in particular, a noticeable increase in the volume of cross-border transfers, the relative stabilization of the exchange rate of the soum, and a slowdown in inflation could serve as factors for an increase in the number of transactions for the purchase and sale of residential real estate and price changes.

Also, an analysis was made of the impact of some macroeconomic indicators on the cost of residential property. The influence of inflation, remittances (seasonally adjusted) and the exchange rate on the cost of a square meter of an apartment on the secondary market in Tashkent was studied.

The impact of remittances

During 2021, the volume of cross-border money transfers to the country increased by 34% compared to the previous year. An increase in the total income of the population leads to an increase in the number of contracts for the sale of housing and, consequently, an increase in the cost. According to the research results, the elasticity coefficient amounted to a value of 0.6-0.7%. The reaction of real estate prices does not occur immediately, but with some delay, due to the fact that the population needs some time to accumulate the necessary amount from the received transfers.

The influence of the exchange rate

In conditions of stabilization of the exchange rate, the population, as an alternative way, also tends to keep their savings in the form of real estate. However, a change in the exchange rate, namely its depreciation, can also lead to an increase in demand and an increase in the cost of housing. This phenomenon is characterized by the fact that the part of the population that is in the process of making a decision accelerates the purchase of housing, which causes a temporary increased demand and leads to an increase in the supply price in the market. Thus, a 1% depreciation of the soum exchange rate on average leads to a 0.58% rise in the cost of residential property.

The above results testify to the continued monitoring of macroeconomic indicators, which can provide guidance for understanding the further development of the situation in the real estate market.