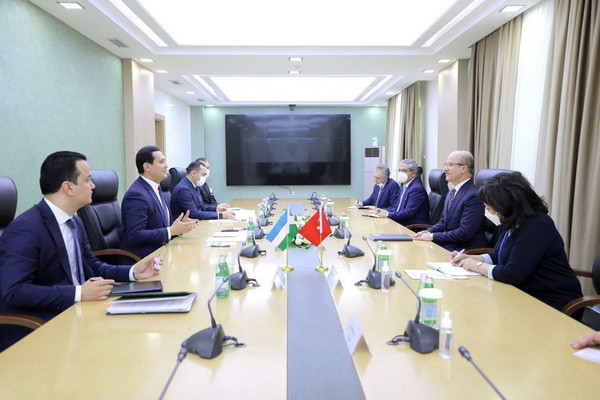 During the meeting, issues of bilateral cooperation in the field of higher education were discussed. In particular, measures were considered to accelerate the creation of the Uzbek-Turkish University in Uzbekistan with the participation of leading educational institutions in Turkey. The corresponding agreement was reached in August 2020 during the visit of the government delegation of Uzbekistan to Ankara. The parties outlined further steps in this direction and agreed to agree on the existing issues in the near future.

Other successes achieved in cooperation in the field of education were also noted. Thus, in particular, the Tashkent branch of the University of Economics and Technology of Turkey and the faculty of the University of Medical Sciences of Turkey, established at the Bukhara State Medical Institute, are successfully operating.

Mutual readiness was expressed to expand mutually beneficial partnership, in connection with which the possibilities of creating new branches of leading educational institutions of Turkey in the regions of Uzbekistan in such areas as engineering, art, medicine, agriculture and tourism were considered. The prospects for deepening cooperation on the exchange of faculty, researchers and students were also discussed.

In this context, an agreement was reached on improving the qualifications of researchers and the level of knowledge and skills of students, as well as organizing lectures, practical classes, interactive seminars and trainings between the universities of the two countries.

Following the meeting, the parties exchanged additional proposals to enhance cooperation and agreed to maintain close contact in order to accelerate the promotion of agreed programs and initiatives.