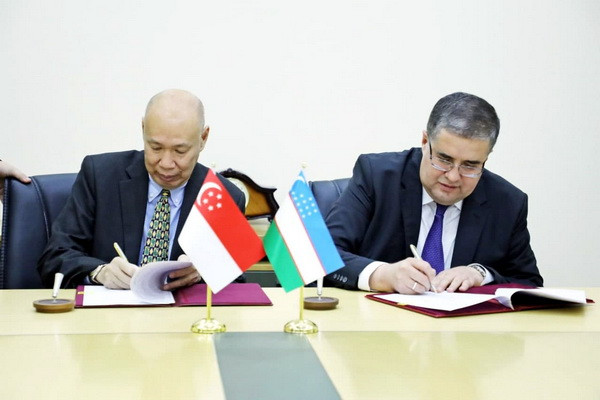 Tashkent, Uzbekistan (UzDaily.com) - The Ministry of Investment and Foreign Trade of Uzbekistan hosted negotiations with a delegation of one of the largest private educational institutions in Singapore, TMC Academy, a division of TMC Education Corporation Ltd, headed by its rector Lee Chin Weng.

During the meeting, issues of developing cooperation with the Multi-Partner Trust Fund for Human Security for the Aral Sea region (Trust Fund) were discussed, bearing in mind the participation of the Academy in the implementation of humanitarian programs and projects implemented by the Fund.

The parties welcomed the establishment in the city of Tashkent of a branch of the TMC Institute Academy, which received a corresponding license from the State Inspectorate for Supervision of Education Quality under the Cabinet of Ministers of the Republic of Uzbekistan on June 10 of this year.

An agreement was reached on the adoption of joint measures aimed at expanding access to education for the population in Aral Sea region, increasing the use of alternative energy sources in the field of environmental protection, increasing the efficiency of water resources use, increasing the sustainability of electricity and heat supply systems in rural areas and practical cooperation in other socially significant areas.

Following the meeting, a Memorandum of Cooperation was signed within the framework of the activities of the Multi-Partner Trust Fund for Human Security for the Aral Sea region under the auspices of the UN, which determines the format for further interaction within the framework of the discussed areas of cooperation. According to the document, the TMC Institute branch in Tashkent will provide gratuitous financial assistance to the Trust Fund to achieve the goals and objectives assigned to it.

TMC Academy, headquartered in Singapore, was founded in 1981. Higher education institutions - branches of the Academy were opened in China - in 1998, Vietnam - in 2003 and Myanmar - in 2015. The institution offers a variety of student training programs from simple English courses to undergraduate degrees in business management, media, psychology, hospitality and IT technology. TMC Academy programs are approved by Cambridge International Examinations. Students from more than 50 countries of the world study at the Academy.