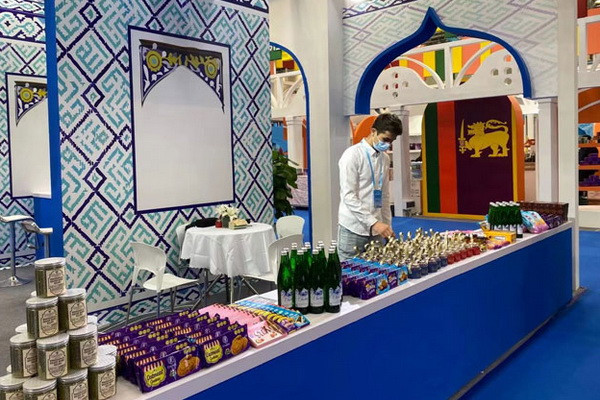 EXPO of culture and tourism along the Great China Canal

EXPO of culture and tourism along the Great China Canal

Tashkent, Uzbekistan (UzDaily.com) - Representatives of the Consulate General of Uzbekistan in Shanghai took part in the Third Grand Canal, held on 22-25 September in the city of Suzhou (Jiangsu province, China). Culture and Tourism Expo), according to Dunyo news agency.

The Great China Canal is one of the oldest and currently operating hydrotechnical navigational structures in the world. It was built over two millennia. Currently, it is one of the most important inland waterways of the PRC, which connects the country’s major ports of Shanghai and Tianjin.

Within the framework of the exhibition, the National Stand of Uzbekistan was organized, demonstrating the export potential of our country. The exposition of Uzbek products was organized by the domestic company "KINOA LLC" together with Chinese partners - the company "Beijing Sinex Co., Ltd". The exposition presented dried fruits, green mung bean, confectionery, mineral water, juices and drinks, compotes, jam from Crafers, Chortok, Natural Juice, Uzkand and others. The organizers noted that the presented products are simultaneously widely sold in the Chinese market.

As part of the cultural part of the EXPO, Uzbek students studying at Chinese universities performed national dances - "Andijan polka", "Tanovor" and others

Participation of Uzbekistan in EXPO with a National stand will help to strengthen the image of Uzbekistan as a tourist point of achievement on the route of the modern Silk Road, as well as to further promote Uzbek products in the Chinese market.