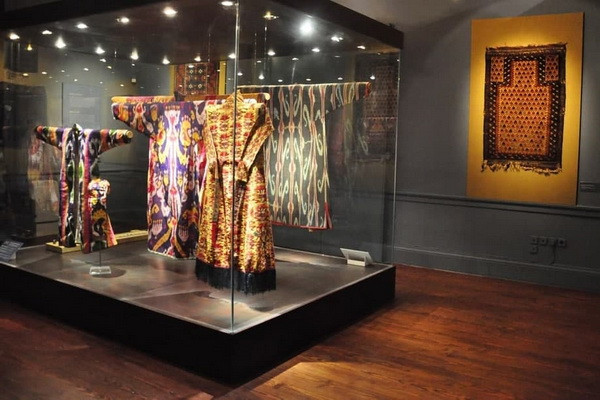 Tashkent, Uzbekistan (UzDaily.com) -- Since 2018, a permanent exposition of the Gallery of Uzbekistan Sarcetakis, numbering over 300 exhibits, has been opened to the public in Greece - hitherto, there has never been a museum in Hellas where the art of Uzbekistan would be presented so fully.

And now the Hellenic audience has access to a collection of the unique cultural heritage of Uzbekistan: colorful Suzani embroideries, carpets, jewelry of the 19th century, produced in Bukhara, Samarkand, Fergana and other cities. In addition, the collection includes carpet products of the Uzbek tribes Kungrat and Lakai, rarities of weaving art belonging to the traditions of the Karakalpaks.

And now, on the eve of the 5th Anniversary Congress, the World Society, with the assistance of the international oil service company Eriell Group, is negotiating with representatives of the Museum about the possible publication of a book-album dedicated to the Greek “Gallery of Uzbekistan Sarcetakis”.