Tashkent, Uzbekistan (UzDaily.com) -- On 14 January, our country celebrated a truly national holiday - the Day of Defenders of the Motherland. On the eve of this significant date, the military personnel demonstrated to the President of the Republic of Uzbekistan, Supreme Commander-in-Chief of the Armed Forces Shavkat Mirziyoyev their achievements in combat training, equipping with equipment and weapons, the modern conditions of army life and life created.

The issues of strengthening defense capabilities were the subject of detailed consideration on 12 January at an expanded meeting of the country’s Security Council, during which the results of the activities of the Armed Forces and military-administrative sectors in 2020 were summed up and the priority tasks of military development for the near future were outlined.

The head of Uzbekistan also sent festive greetings on the occasion of the 29th anniversary of the formation of the Armed Forces of the Republic of Uzbekistan and the Day of Defenders of the Motherland. Addressing the servicemen, Shavkat Mirziyoyev stressed that strengthening the country’s defense potential is one of the priorities of the development strategy of the Republic of Uzbekistan. And this is no coincidence. After all, it is the Army at all times and in any country that is the institution of the state that ensures the security, sovereignty and territorial integrity of the country. Only a powerful, trained, equipped and self-sufficient Armed Forces can be the guarantor of the peaceful life of the people.

The President always pays special attention to the issues of military development. Within the framework of the Action Strategy put forward by him, the defense bloc occupies an important place among the five priorities of the country’s development. The republic has implemented a comprehensive program-targeted approach in military development, which provides for the implementation of the "Road Maps" adopted at the state level in all areas of the Armed Forces’ activities, starting from improving the regulatory framework, optimizing the combat strength and structure of troops, their re-equipment and training, and ending with the aspects of comprehensive support, development of the infrastructure of military camps and training grounds, as well as social protection of servicemen and their families.

On the personal initiative of Shavkat Mirziyoyev, military-administrative sectors have been created in the Republic of Uzbekistan that have no analogues in the world, which made it possible to increase the role of local government bodies in strengthening the country’s defense capability, patriotic education of youth, and ensuring the true unity of the army and people.

The timeliness of the creation of this structure was clearly manifested in the past year. In difficult conditions during the peak of the pandemic, during the elimination of the consequences of natural disasters in the Bukhara and Syrdarya regions, the coordinated actions of the military and civilian authorities proved the relevance and effectiveness of the functioning of the military-administrative sectors. At the same time, the Armed Forces, with their competent, skillful and prompt actions, have demonstrated their ability to confidently solve not only military tasks.

Close attention to the needs and requirements of the Armed Forces is also expressed in frequent visits by the President to military units and military facilities, where he personally examines the progress and results of army modernization, identifies priorities and adjusts tasks. All this, of course, is a motivating and driving factor in increasing the morale and fighting spirit of servicemen and the positive mood of their family members.

In general, in the past few years, significant work has been done in all areas of further development and renewal of the Army.

First of all, a new Defense Doctrine of the Republic of Uzbekistan was adopted, based on the principles of flexibility and openness of our foreign policy, the development of friendly and constructive relations with neighbors. Based on a deep analysis of the military-political situation in the world and the region, an assessment of the characteristic features of modern military conflicts and taking into account the capabilities of our country, along with the military-political aspects, it defines the tasks of the Armed Forces, goals, conditions and bases of their use, as well as promising directions of development and further construction.

Secondly, large-scale organizational and structural transformations have been carried out aimed at strengthening the combat potential and ensuring the combat readiness of the troops. Taking into account the existing and potential threats to national security in the military sphere, the specifics of modern military conflicts, the development of the theory and practice of military art, as well as the real capabilities and resources of our state, work has been carried out to clarify the country’s defense system.

Thirdly, over the past four years, a huge step has been made towards re-equipping the army with modern weapons and military equipment. The arsenal of our national army has changed significantly.

At the local military-industrial base, tanks, cars, artillery weapons, small arms, communications equipment are being repaired and modernized, the production of LBA and a large range of spare parts and property has been established. A certain amount of weapons and ammunition was received within the framework of military-technical cooperation with foreign partners.

Fourth, the military personnel training system has been reorganized and optimized. The new Military Institute of Information and Communication Technologies and Communications and the Higher Military Aviation School were established. The Military Medical Academy of the Armed Forces has been created, which provides multilevel training of military medical personnel.

As the President noted in his holiday greetings: "In this difficult situation, it was decided to create the Military Medical Academy of the Armed Forces, whose activities will contribute to the timely and effective implementation of the urgent tasks facing us in the field of protecting the health of our population."

There is no doubt that the new academy, the only one in Central Asia, will be equipped with the most modern educational and material base based on innovative developments and world-class technologies in the shortest possible time.

Fifthly, the combat training system has been adjusted. The intensity of practical exercises and exercises has been increased, innovative approaches, forms and methods of teaching are being actively introduced, including with the use of training and interactive complexes.

Together with organizational changes and re-equipment of troops, this made it possible to increase the combat effectiveness of formations, subunits and each serviceman.

The success of our military personnel in combat training is highly appreciated by foreign experts in the course of joint military exercises and various trainings. And the state of the training and material base of the polygons makes it possible to effectively and efficiently conduct international events at various levels.

Sixth, comprehensive measures are being taken to create all the necessary conditions for the service and life of servicemen and their social protection. The multifaceted social benefits and preferences provided, including the allocation of quotas for the education of children of military personnel, soft loans for mortgage housing, help to increase the morale and morale of servicemen, and form a positive socially oriented image of the army.

Seventh, the Armed Forces have become the most important institution, a leading and effective force in the field of patriotic education of the population of our country, especially the younger generation. Servicemen and veterans of the Armed Forces on a regular basis organize and conduct military-patriotic and sports events with young people. With the involvement of the creative intelligentsia, scientists and prominent cultural figures, spiritual, educational and cultural events are held aimed at strengthening patriotism and developing the national spirit inherent in our people.

At the same time, despite certain positive results of reforms in the military sphere, today one cannot succumb to complacency and euphoria.

“In the face of increasing challenges and threats in the global information space, ideological confrontations, we all need to be vigilant and attentive, have an active civic position,” the President of Uzbekistan emphasized in his festive congratulations on the Day of Defenders of the Motherland.

In this regard, at the meeting of the Security Council, the ongoing measures to introduce modern infocommunication technologies into the life of the Armed Forces were discussed. The most important direction of strengthening the country’s defense capability is the provision of information and cybersecurity, which in recent years have become a new space of confrontation, along with the ground, water and aerospace environment.

The importance of the consistent continuation of the initiated reforms in the military education system, raising the scientific research activity to a new qualitative level was emphasized.

The head of state gave instructions on improving the system of military-patriotic education of the population, especially young people, involving them in the reform process in our country, creating conditions for realizing their intellectual and creative potential. The "Victory Park" and "Museum of Glory" created in Tashkent will become scientific centers where the population, especially young people, servicemen will become familiar with military history and the exploits of great ancestors.

The necessary instructions were also given for the further development of the country’s defense-industrial complex, the continuation of the consistent re-equipment of the troops with modern weapons and equipment, the strengthening of the material and technical base, the improvement of border security systems, monitoring and forecasting of emergencies, and an increase in the efficiency of work to prevent accidents and man-made disasters.

The President of the Republic of Uzbekistan Shavkat Mirziyoyev emphasized that improving the spiritual and moral situation in the families of military personnel, introducing exemplary approaches to establishing a healthy lifestyle and raising children, social support and providing housing for military personnel and their families will remain an important and priority area of activity.

In general, the comprehensive measures of military development, implemented under the direct leadership of the Supreme Commander-in-Chief of the Armed Forces, ensure the effective achievement of the strategic development goals of Uzbekistan in the field of strengthening the country’s defense capability. The tasks set by the President testify to the desire to bring the Army of Uzbekistan to a higher, qualitatively new level. Their consistent implementation in the process of combat training will not only ensure the country’s security in today’s difficult conditions, but will also contribute to even greater rallying of the people of Uzbekistan.

under the President of the Republic of Uzbekistan 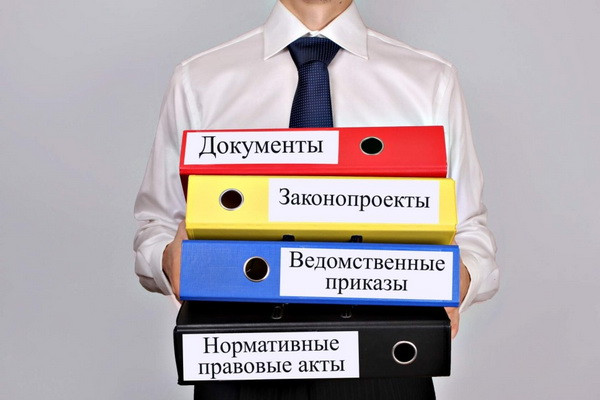 Antimonopoly compliance system is being introduced in government bodies 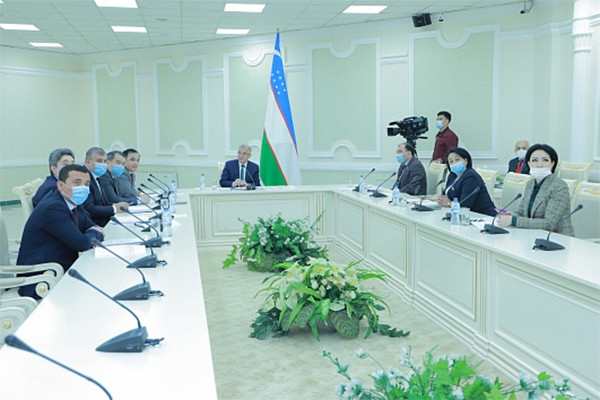 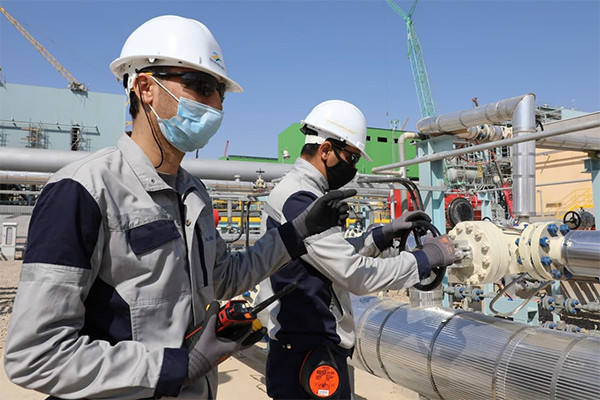