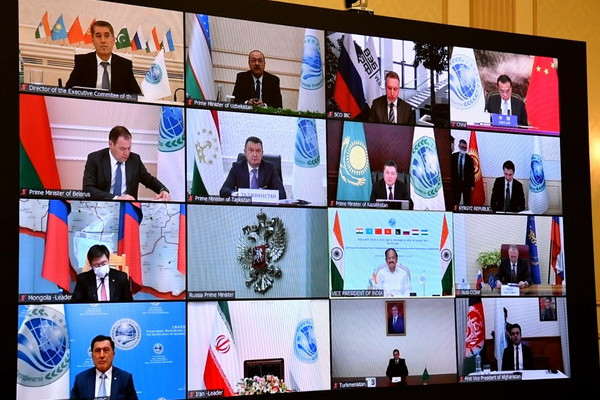 Tashkent, Uzbekistan (UzDaily.com) -- Today, a delegation of Uzbekistan headed by Prime Minister Abdulla Aripov took part in the work of a regular meeting of the Council of Heads of Governments (Prime Ministers) of the Shanghai Cooperation Organization (SCO) in the format of a video conference.

The meeting was chaired by Vice President of India Venkaya Naidu.

At a meeting of the SCO Heads of Governments Council, the Uzbek side touched upon the measures that need to be taken to ensure the practical implementation of these initiatives. It was noted that the implementation of the proposals of the head of our state will play an important role in ensuring the sustainable development of the SCO member states.

The prospects for deepening cooperation between the SCO member states in trade, economic and investment spheres, including the prospects for deepening cooperation to mitigate the consequences of a pandemic, the Action Plan for the implementation of the Multilateral Program of Trade and Economic Cooperation and other issues related to the activities of the organization, were discussed in detail.

The meeting also heard information on the activities of the SCO Business Council and Interbank Consortium.

Following the meeting, a Joint Communique was adopted.

The next meeting of the SCO Heads of Governments Council will be held in 2021 under the chairmanship of Kazakhstan.