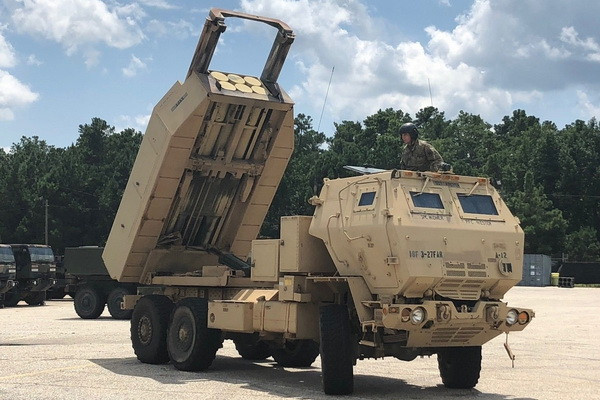 With the transfer of HIMARS missile launchers, the United States is showing its capabilities to Europe

With the transfer of HIMARS missile launchers, the United States is showing its capabilities to Europe

Tashkent, Uzbekistan (UzDaily.com) -- Serious concern and criticism of the military-political leadership of the Russian Federation was caused by the operation of the US ground forces to organize the airlift for several hours to Romania of two mobile combat vehicles of the long-range multiple launch rocket system M142 High Mobility Artillery Rocket (HIMARS) for exercises on the Black Sea coast. The installations were transported from the Ramstein airbase in Germany. Immediately after the events, the combat vehicles were returned to the base in Germany.

1. Analysts consider the HIMARS move as a message for Moscow, as the missile launch came as a surprise to Russian troops in Crimea. The United States intends to strengthen its containment of the Russian Federation, and therefore, it is not in vain that they have placed lethal long-range systems just 400 km away. from the coast of Crimea. Thus, it poses a serious and unpredictable threat to Russian troops in the region.

2. Transferring missile launchers, the United States is showing its capabilities to Europe. Recently, Washington has repeatedly conducted exercises to deploy its multiple launch rocket systems to various regions of Europe. By doing so, the US military demonstrates its ability to project power within Europe.

3. At the same time, defense industry experts believe that the deployment of HIMARS was a kind of response to the massive use of Russian military transport aircraft in the West for the rapid deployment of Russian peacekeeping forces in Karabakh.

Overall, the deployment of US long-range HIMARS systems indicates that Washington has regained its long-range firepower in Europe, and the US wants Moscow to know about this. In turn, the build-up of Washington's military presence in Europe entails a degradation in the security sphere on the continent.

M142 HIMARS is a complex of 6 rocket missiles on a universal 6-wheeled chassis of the Austrian Steyr 12M18 truck. It is analogue of the Russian "Smerch". The weight of the installation with a full rocket load is 11 tons, while it is capable of speeds up to 85 km per hour on the highway.

The main "trick" is its dimensions: it fits completely into US and NATO military transport aircraft of the C-130 Hercules and Galaxy.

In the arsenal of M142 HIMARS, conventional unguided rocket-propelled 227-mm land mines, mine planters, shells of increased power and range, and even cluster shells with electronic "brains".

Another advantage is fast reloading. The new missiles are installed in a single container, not one at a time.