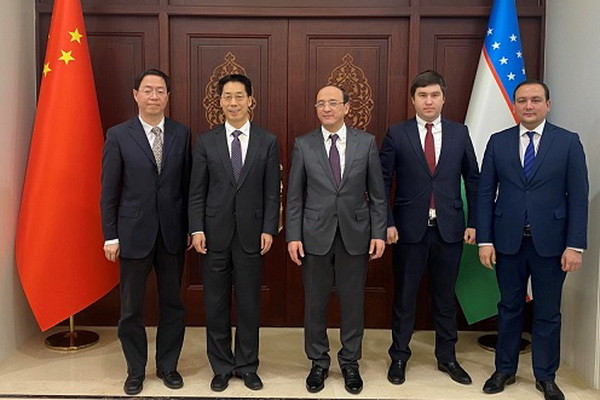 During the conversation, the priority areas of cooperation between the cities of Uzbekistan and Chengdu in trade, investment, economy, education and tourism were discussed,

Niu Qingbao praised the current state and prospects for the development of bilateral interregional cooperation. According to him, in recent years, under the strategic leadership of the leaders of the two states, a dynamic development trend has been observed in Uzbek-Chinese relations.

According to the vice-mayor of Chengdu, the dynamic reforms being carried out today in Uzbekistan, which increase the investment and tourism attractiveness of the country, favor the development of fruitful interregional cooperation between the two states. In this regard, the Chinese side proposed to consider a number of initiatives aimed at promoting cooperation in these areas.

Among them are the active involvement of Chengdu companies in the implementation of investment projects in Uzbekistan, the opening of Uzbek trading houses in the city of Chengdu, the participation of manufacturers of our country in major trade, economic, investment, tourism fairs and exhibitions organized on an annual basis in this city.

Chengdu is the fourth largest city in the PRC after Chongqing, Shanghai and Beijing with a registered population of 16.5 million. Ranks 7th among Chinese cities in terms of economic volume - 250 billion US dollars. The annual GDP growth of the city until 2019 was about 7%. Despite the difficulties associated with COVID-19, Chengdu's economic growth was 2.6% in the third quarter of this year. Today, China is Uzbekistan's largest partner in trade and investment, the largest export market for Uzbek goods.