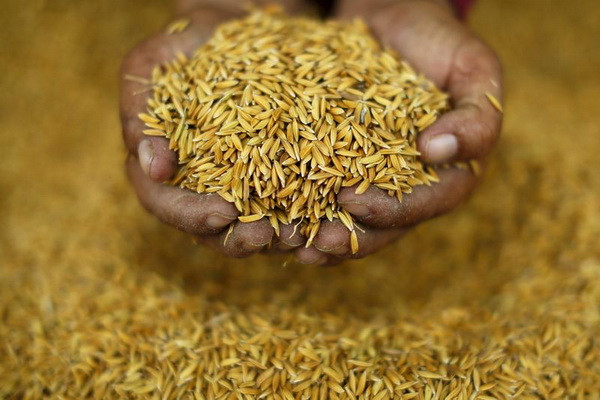 Tashkent, Uzbekistan (UzDaily.com) -- The reason is India’s desire to obtain the exclusive right to a trademark of basmati rice, which is traditionally consumed in South Asia and is now increasingly penetrating foreign markets.

India and Pakistan export a significant portion of their crops to the EU, the Middle East, South Asia and the United States. In particular, India accounts for about 65% of the world trade in basmati, Pakistan - about 35%. According to the European Commission, the export of Pakistani basmati rice to the EU has grown significantly over the past 3 years, increasing from 120 thousand tons in 2017 to 300 thousand tons in 2019.

Competition between New Delhi and Islamabad intensified after India applied for an exclusive GI tag for rice in 2018, claiming that the quality of its grain is directly related to India’s specific geography. The GI tag is defined by the World Intellectual Property Organization (WIPO) as a single symbol that certifies the reputation or characteristics of a product in relation to its particular geographic location and manufacturing quality. The argument is similar to the French GI’s statement on champagne, which is recognized worldwide based on the region of France - the Champagne province where grapes are grown for sparkling wine.

In the case of receiving GI in the EU, India will be able to squeeze Pakistan also in the US and other countries’ market by expanding the mechanism for protecting intellectual property, while receiving higher prices for its products. India passed the GI law in 1999 and this gives India an edge in EU discussions.

Experts point out that New Delhi’s initiative is driven by a decline in Indian rice exports to the EU due to the failure of producers to comply with increasingly stringent Union standards for pesticide use. This has forced India to ship more rice to less lucrative Middle East markets, and New Delhi is trying to curb the trade trend.

In general, analyzing the escalation of the branding confrontation between Pakistan and India in the EU rice market, experts note that New Delhi has made some progress in obtaining exclusive rights to branding basmati rice. India’s GI status could be a major challenge for Pakistani producers.

More than 40% of Pakistan’s workforce is employed in agriculture, with rice production accounting for about 20% of all food grain planted areas. In addition, the Indian Basmati is currently cheaper by $ 50 per ton, which already puts the Pakistani side at a disadvantage.