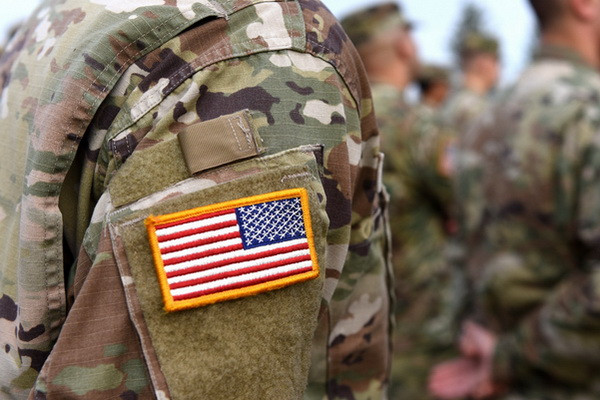 US intends to withdraw troops from Afghanistan and Middle East

US intends to withdraw troops from Afghanistan and Middle East

Tashkent, Uzbekistan (UzDaily.com) -- Leading American and world publications report that US President Donald Trump intends this week to order the further withdrawal of troops from Afghanistan and Middle East.

According to the New York Times, the White House is currently preparing a relevant executive order, but it has not yet been sent to the Department of Defense. However, The Hill writes that the Pentagon has already issued a command notice, known as a "warning order," to begin planning for a drawdown in Afghanistan.

According to a number of American news agencies, the expected reduction in the number of troops implies a decrease in the military contingent in Afghanistan by almost 2 times - from the current 4500 to 2500 people. In October 2020, President Trump said that all US military personnel in Afghanistan should be at home by Christmas - by December 25 of this year.

According to the US-Taliban agreement, by the end of May 2021, the United States and its allies must withdraw all their forces from Afghanistan.

I. Experts agree that Donald Trump’s plans to reduce the military contingent do not meet the conditions for the withdrawal of troops, which his administration secured in the February agreement with the DT.

However, as observers of The New York Times emphasize, the accelerated withdrawal of troops from Afghanistan corresponds to the wishes of the current American leader to remain in the memory of the people as a person who “ended all endless US wars” before leaving the post of head of state. At the same time, the American information portal Axios reported that the recent personnel reshuffles at the Pentagon, carried out by the head of state in November of this year, are connected precisely with these plans.

In particular, on 9 November 2020, the US President abruptly dismissed the head of the Pentagon, M. Esper, after he expressed disagreement with the accelerated schedule for the withdrawal of troops, and appointed the head of the National Center for Combating Terrorism, K. Miller, as acting secretary of defense.

According to The Washington Post, a few days before his dismissal, the former US Secretary of Defense sent a secret note to the White House, which voiced an appeal, based on the unanimous recommendation of the US military command, to refrain from withdrawing American troops in Afghanistan until they are fulfilled. terms of agreement with DT. In his opinion, these actions could undermine the peace process.

In addition, according to CNN, retired Colonel D. McGregor, who was an ardent opponent of the presence of the US military in Afghanistan, has been appointed a senior adviser to the Pentagon. In January 2020, he said that only Donald Trump can end the war in Afghanistan. In this context, the German newspaper Deutsche Welle believes that D. McGregor will help the incumbent in reducing the American contingent in Afghanistan in an accelerated manner.

The intention to end all wars with the participation of Washington was also announced by the new head of the Pentagon, K. Miller, in an address to the US military. He stressed that the United States is on the verge of defeating al-Qaeda, but Washington should avoid the past "strategic mistake of failing to bring the fight to an end." K. Miller added that the United States is moving from a leading role in the conflict to an "auxiliary" one.

II. Donald Trump’s decision to expedite the withdrawal of troops from Afghanistan caused a violent negative reaction both in the United States and abroad.

In particular, the leader of the Republicans in the US Senate M. McConnell said that the consequences of the premature departure of the Americans are likely to be even worse than the departure of President Barack Obama from Iraq in 2011. He warned that only a small minority in Congress would support the rapid reduction in the number American troops. In his opinion, such US actions "will give courage to the Taliban" and "threaten the list of major successes that this administration has worked on."

According to the French Le Monde, during the recent visit of the US Secretary of State M. Pompeo to Paris on November 16 this year. he was strongly opposed by France with the expedited withdrawal of troops from Afghanistan.

NATO Secretary General J. Stoltenberg also warned against a hasty withdrawal of American troops from Afghanistan, pointing out that the price for leaving too early could be "very high."

According to J. Stoltenberg, Afghanistan still “risks becoming a platform for international terrorists again. ISIS can restore the terrorist caliphate in Afghanistan, which the group lost in Syria and Iraq. " He noted that “even with further reductions in US troops, NATO will continue its mission of training, advising and assisting the Afghan security forces. NATO Secretary General confirmed that the alliance is committed to funding the security forces of Afghanistan until 2024.

Commenting on the possible withdrawal of US troops, Afghanistan Defense Minister A. Khalid said that the Afghan national security forces conduct 96% of their military operations independently. In this regard, he said, people should not worry about the withdrawal of American troops from Afghanistan.

However, according to Politico analysts, an accelerated withdrawal from Afghanistan could further destabilize an already shaky peace deal with the Taliban, fueling their enthusiasm for power and demoralizing the Afghan government. According to the former European Union envoy to Afghanistan M.Sample, "the Taliban will definitely take advantage of any further withdrawal of troops in order to strengthen the rhetoric of victory." He believes the forced withdrawal of US troops creates a "power vacuum" in the country.

In general, experts, noting a significant deterioration in the military-political situation in Afghanistan in recent years, fear that the accelerated withdrawal of US troops could undermine the prospects for the peace process in Afghanistan. However, according to some analysts, the Taliban, realizing that Donald Trump was leaving the post of head of state, changed their rhetoric from aggressively victorious to conciliatory, starting from the moment when the results of the US elections became clearer. In this context, DT will watch what Joe Biden does, and not accept Donald Trump’s order to cut as a green light for drastic action."