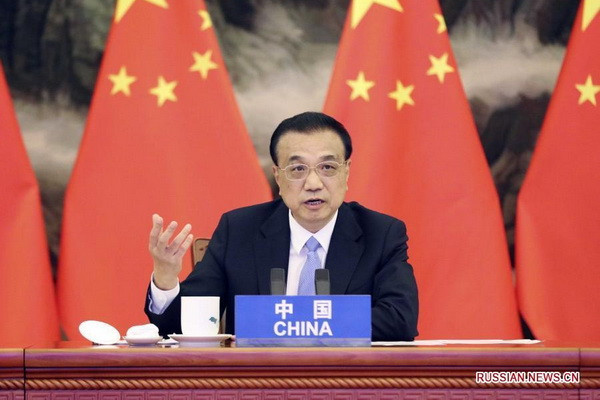 Tashkent, Uzbekistan (UzDaily.com) -- The signing of an agreement on the Regional Comprehensive Economic Partnership (RCEP) is a "victory for multilateralism and free trade." This statement was made by Li Keqiang, attending the 4th meeting of the leaders of the countries participating in RCEP, held by videoconference.

“The signing of the RCEP agreement is not only a landmark achievement for regional cooperation in East Asia, but also a victory for multilateralism and free trade,” Li Keqiang said.

With the largest population in the world, the most diverse membership and the greatest development potential, the free trade zone will certainly give new impetus to development and prosperity in the region, as well as contribute to the recovery and growth of the global economy, he said.

He noted that against the background of the current international situation, the signing of the RCEP agreement after eight years of negotiations brought light and hope to the people, showing that multilateralism and free trade remain the right direction for the global economy and human progress.

In the face of challenges, RCEP allows people to choose the path of solidarity and cooperation rather than resorting to conflict and confrontation; choose the path of mutual help and support, and not solve their problems at someone else's expense or remain indifferent to someone else's misfortune, he continued. This, Li Keqiang said, shows the world that openness and cooperation are the only way to achieve mutually beneficial results.

On Sunday, the 15 countries signed the Regional Comprehensive Economic Partnership.