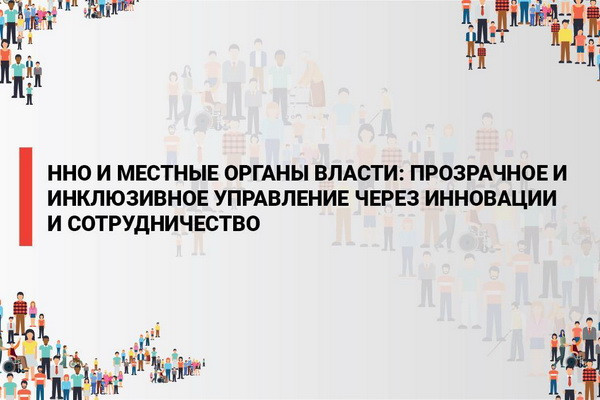 NGOs and Local Governments: Transparent and inclusive governance through innovation and cooperation

NGOs and Local Governments: Transparent and inclusive governance through innovation and cooperation

Tashkent, Uzbekistan (UzDaily.com) - The Yuksalish national movement and the branch of the Agency for Technical Cooperation and Development (ACTED) in Uzbekistan (France), with the financial support of the European Union delegation in Uzbekistan, are implementing the project “Transparent and inclusive governance through innovation and cooperation between civil society and local authorities”.

The goal of the project is to enable civil society to participate as an actor in the management and development process in Uzbekistan. It is envisaged to strengthen the capacity of civil society and local authorities in Khorezm, Kashkadarya and Fergana regions through networking, innovation and assistance in the creation of public councils.

In Uzbekistan, in recent years, there has been an activation of citizens, NGOs, including in state and public administration. In particular, draft state programs and legislative acts are undergoing public discussion, platforms for receiving opinions, appeals, initiatives and proposals from citizens have been launched, public councils are being created under government agencies, and a Public Chamber has been established under the President.

Establishing effective feedback from the authorities with the people, public control and wider involvement of citizens in the decision-making process contribute to increasing the responsibility of public authorities to the population, ensuring transparency and accountability of activities. Innovative approaches and methods are increasingly being introduced into these processes, but there are difficulties and drawbacks.

“A preliminary study of the situation on the ground showed that in a number of regions, NGOs and citizens have difficulties in interacting with local government bodies,” says the ACTED project manager Shakhnoza Jabbarova. - In particular, residents and public organizations of Khorezm, Kashkadarya and Ferghana regions have difficulties in holding consultations, responding to the needs of citizens on the part of local authorities, which reduces the level of trust in the authorities. Therefore, it was initiated to focus on these three regions, to help build the capacity of civil society organizations and local authorities, promoting their cooperation in the framework of the activities of public councils. NGOs have significant potential to support citizens, cooperate with local authorities, and participate as important actors in governance. They are able to more effectively protect the interests of citizens, because NGO activists find effective forms of interaction with people. Organizational and technical development of NGOs, increasing legal literacy, mechanisms of dialogue and cooperation with government agencies are becoming important factors in the active involvement of civil society institutions in solving socially significant problems, the decision-making process.

Through the project, Yuksalish and ACTED seek to provide civil society organizations in Uzbekistan with the tools to strengthen their role as active actors in governance. The planned trainings, “workshops”, study tours, public hearings will create a platform for close cooperation and joint work of civil society organizations and local authorities, more effective cooperation within the framework of public councils. This will ultimately give an opportunity for women and men, young leaders, entrepreneurs, the general public to be heard, and to involve their decision-making process.

From 7 to 25 May 2020, a competitive selection of pilot NGOs from Khorezm, Kashkadarya and Ferghana regions was held. In total, about 50 applications were received, which were considered by an expert commission from among representatives of international organizations, specialists from public structures, parliamentarians. To participate in the project, 15 pilot NGOs were selected that carry out activities in the direction of the development of civil society and promote cooperation between NGOs and local government bodies. In addition to their commission, four more standby NGOs in need of capacity building were recommended. They, along with pilot NGOs, will also participate in trainings.

“Among the important tasks of the Yuksalish National Movement is to mobilize the efforts of government agencies, non-governmental non-profit organizations and other civil society institutions, citizens to implement reforms in all spheres of society,” says the project manager Aziz Baratov. “This is also what the project “Transparent and Inclusive Governance through Innovation and Cooperation between Civil Society and Local Authorities” is aiming at. The directions of activity identified increasing the capacity of civil society organizations and local authorities, the introduction of inclusive governance processes and public control at the local level through public councils. It is envisaged to encourage the constructive participation of civil society in the process of developing decision-making. The knowledge, skills and experience gained will allow the participants to establish a mutually beneficial dialogue, hold public hearings and more effectively use the mechanisms of public control, including through public councils under government agencies, to help identify and solve local problems.