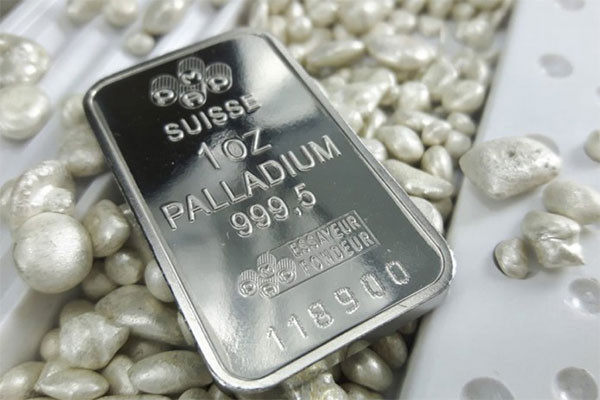 Tashkent, Uzbekistan (UzDaily.com) -- For the first time in Uzbekistan and in the history of Almalyk GMK JSC, in one month - June - 7 kg 223 g of refined palladium were obtained according to the technology developed by the plant’s specialists.

The development of a method for producing refined palladium in the form of a powder in the gold and silver refining workshop of the MPZ was started on the instructions of the management of Almalyk GMK in November 2018.

At the same time, a completely new innovative technological scheme was proposed, consisting of 17 operations and a cycle time of not more than 24 hours (earlier this process took 72 hours and required 56 operations), and cost-effective extraction was obtained from solutions of spent electrolytes with a low palladium content, even up to 50 mg per liter, with its extraction of more than 80%. As a result, palladium in powder was obtained with a mass fraction of metal of 99.0%.

Last year, with a monthly forecast of 2 kg, from 2 to 2.2 kg were received here, so in 2019, 28 kg of this rare precious metal were sold to consumers. By the end of this year, it is planned to reach the level of 91 kg, that is, to increase production by more than three times.

Now the plant’s specialists have a new task - to create a technology for producing palladium alloys from refined palladium. This will allow to get products with high added value, as well as to develop new markets. It is worth noting that palladium alloys are widely in demand in machinery, instrumentation, medicine, the jewelry industry, and the production of carbide tools and catalysts.