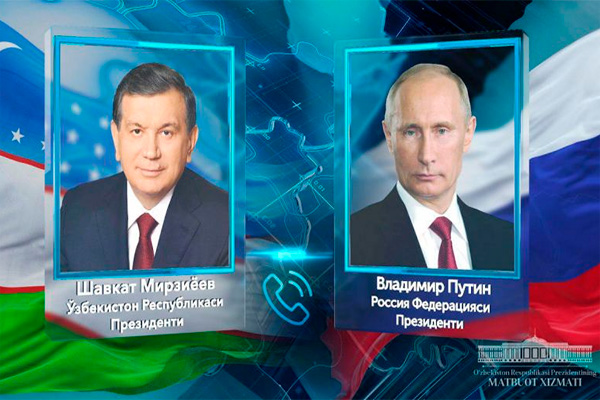 During the conversation, the leaders of the two states noted with deep satisfaction the dynamic development of the Uzbek-Russian multifaceted cooperation and the steadily strengthening relations of strategic partnership and alliance.

Significant practical results of the interaction and a noticeable intensification of contacts at all levels in 2019 were emphasized.

So, the volumes of bilateral trade are steadily growing. During the year, 500 joint ventures were created, priority investment projects are being implemented in key sectors of the economy with the participation of leading Russian companies and banks. Educational, cultural and humanitarian exchanges are expanding.

During a telephone conversation, a schedule of upcoming events at the highest level was discussed. Special attention was paid to the preparation of the agenda of the state visit of the President of the Republic of Uzbekistan to the Russian Federation, including the holding of regular forums of regions and rectors, a media forum and other business events.

The prospects of interaction between Uzbekistan and Russia in the year of our country’s chairmanship in the Commonwealth of Independent States are considered.

An exchange of views also took place on pressing international and regional issues.