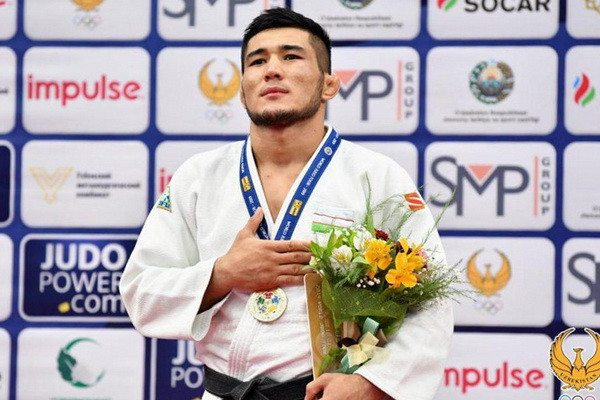 In the weight category -73 kilogram Hikmatillokh Turaev climbed the podium. In the first round, he managed to defeat the representative of Botswana, then he defeated the judoka of Azerbaijan, then won the Olympic champion in Rio Fabio Bazilier (Italy).

Unfortunately, in the quarter finals, Turaev lost to Tsagbatar Tsend-Ochir from Mongolia. In the consolation stage, he fought with the world youth champion Somon Makhmadbekov and won. And for the bronze he went to the tatami with Bilal Chiloglu from Turkey and defeated him in just 10 seconds.