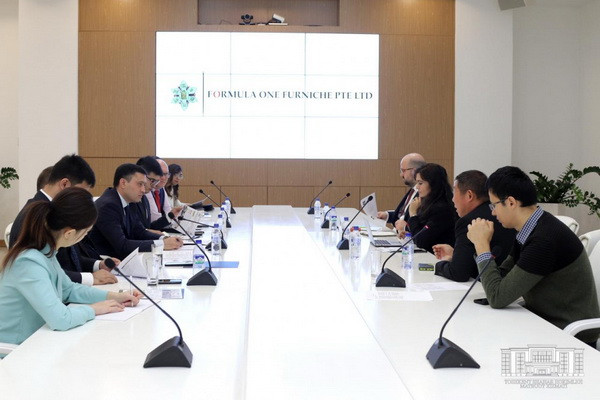 Tashkent, Uzbekistan (UzDaily.com) - Today, on7 February, a meeting was held in the metropolitan administration with representatives of the Singapore Business Federation who arrived as part of a delegation to Uzbekistan.

The event was attended by the managing director of Formula One Furniche Company, Shalini Kamal Sharma, the acting director of the Shatec Institutes Sho Lim Jin (Victor), as well as the Uzbek delegation led by the head of the Department of Tourism Development of the city of Tashkent Sanjar Tajiev.

During the meeting, Sanjar Tajiev acquainted the guests with the country’s tourism potential, demonstrated projects implemented in the capital in the field of tourism, in particular the hotel business, after which the parties discussed issues of bilateral cooperation.

The role of training qualified personnel was especially noted, where Shatec Institutes acting director Sho Lim Jin (Victor) expressed a desire to collaborate with his Uzbek colleagues and organize training courses for them in improving the skills in the hotel and restaurant business.

The prospects of cooperation with the company Formula One Furniche, which is the only company in the world that provides a full range of products, services, technologies for hotel chains, are also considered.