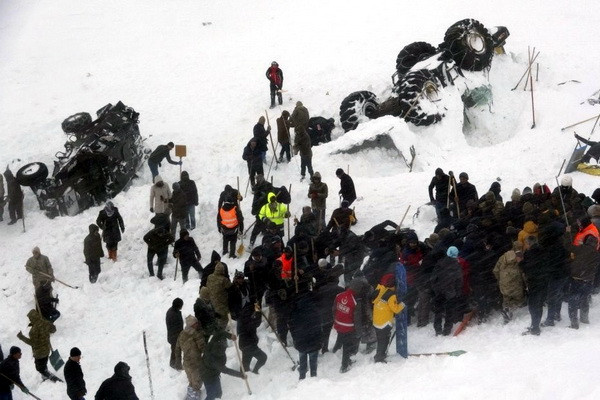 About 40 dead in Turkey avalanche disaster

About 40 dead in Turkey avalanche disaster

Tashkent, Uzbekistan (UzDaily.com) -- Emergency service members carry a casualty at the site of avalanche near the town of Bahcesehir, in Van province, eastern Turkey, on 5 February.

Dozens of rescue workers are missing after being hit by an avalanche while on a mission to find two people missing in a previous snow-slide. The emergency services were called to a highway near the mountain-surrounded town in Van province, which borders Iran, after an avalanche struck late Tuesday, burying a snow-clearing vehicle and a minibus.(Yilmaz Sonmez/IHA via AP)