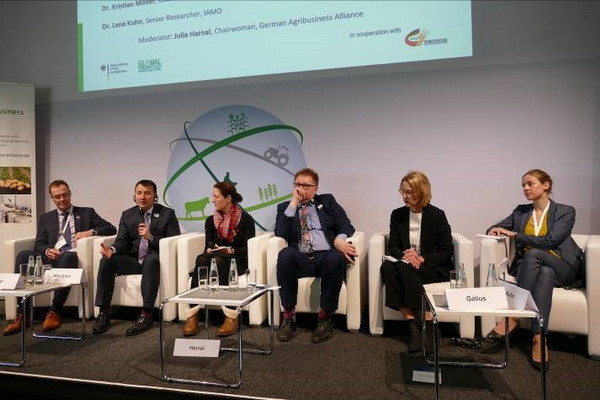 Tashkent, Uzbekistan (UzDaily.com) - A delegation led by the Minister of Agriculture of the Republic of Uzbekistan Jamshid Khojaev took part in the Green Week 2020 International Agricultural Fair and the Berlin Conference of Agriculture Ministers, Dunyo news agency reported.

The Uzbek delegation, with the assistance of the Embassy of Uzbekistan in Germany, also took part in the Panel discussion at the Global Forum of Nutrition and Agriculture (GFFA-2020) on the topic “Trustworthy business: quality and transparency of international agricultural trade with Eastern Europe and Asia”, where prospects for the further development of trade as a fundamental component in creating an international agricultural market value were discussed.

The event was organized by the Leibniz Institute for Agricultural Development in Countries in Transition (IAMO) together with the German Agricultural Business Alliance of the Eastern Committee of the German Economy and the German-Chinese Agricultural Center. More than 60 representatives of business, financial and scientific circles of Germany, China and other European countries took part in it.

Opening the event, IAMO rector Thomas Glauben noted that since the beginning of the new millennium, globalization has particularly intensified trade between countries and regions. Agricultural trade between the regions of Eastern Europe, Central Asia and Asia has increased significantly: these regions account for a quarter of the global agricultural trade.

Executive Director of Global G.A.P. Dr. Christian Muller noted that the measures taken to improve the standardization and certification system in Uzbekistan in order to accelerate the international recognition of involved test structures in the near future will play a key role in expanding the volume and geography of export of products of Uzbek manufacturers.

The Minister of Agriculture of Uzbekistan, Jamshid Khodjaev, in his speech drew the attention of the audience to the large-scale work carried out in Uzbekistan on reforming agriculture, in particular on improving the public administration system, widespread introduction of market relations, strengthening the legal basis for relations between entities producing, processing and marketing agricultural products, attracting investment in the industry, the introduction of resource-saving technologies, as well as providing NIJ agricultural producers with modern technology.

It was emphasized that the absence of a long-term strategy for the development of agriculture impeded the efficient use of land and water resources, the wide attraction of investments in the industry, the generation of high incomes by producers and increasing the competitiveness of products.

In order to diversify production, improve land and water relations, create a favorable agribusiness climate and a high added value chain, support the development of cooperative relations, widely introduce market mechanisms and information and communication technologies in the industry, as well as make effective use of the achievements of science and increase personnel potential by Decree The President

International and national experts participated in the development of the draft strategy. They studied the problems of farmers and other agricultural entities and analyzed the chain of state administration of agriculture. The strategy points to current problems and mechanisms for solving them.

As a good example of Uzbekistan’s desire to increase the role of the agricultural sector in the country’s economy, it is noted that by implementing the strategy, by 2030, Uzbekistan plans to increase exports of agricultural products to US$20 billion a year and increase the volume of processed products in exports to 40 percent, and is also expected Decrease in land area with high salinity up to 37 percent.

Representatives of business and scientific circles present at the event were also called upon to make more active use of the new agricultural opportunities offered by Uzbekistan to foreign entrepreneurs, investors and scientists.

Representatives of German business circles, appreciating the large-scale reforms being carried out in Uzbekistan in all sectors, noted that the information received on the agricultural potential of Uzbekistan, as well as the simplification of visa procedures, including the introduction of a visa-free regime for up to 30 days, also contribute to creating new prospects for successful doing business in the republic.

Entrepreneurs were very interested in the information that according to the strategy, the role of the state in the agricultural sector will gradually decrease and it is planned to increase the investment attractiveness of the industry with an increase in the flow of private capital to modernize, diversify and support the stable growth of the agricultural and food sector.

The panel discussion members also welcomed the measures taken in Uzbekistan to improve the system of rational use of natural resources and environmental protection, as well as the implementation of rural development programs with an emphasis on the development of science, education, information and advisory services for agriculture. 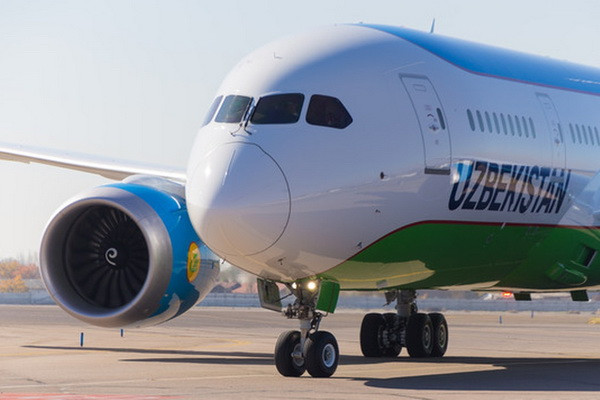 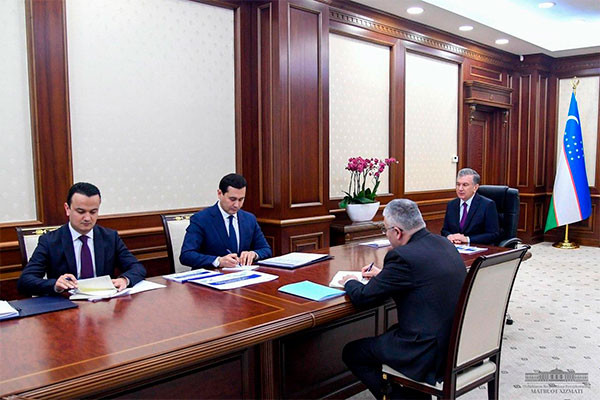 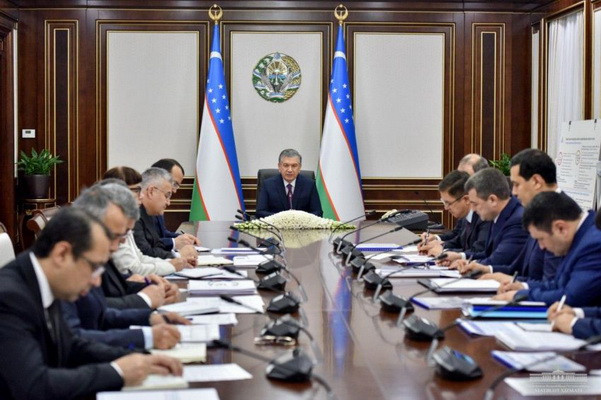 The main tasks in the chemical industry are outlined