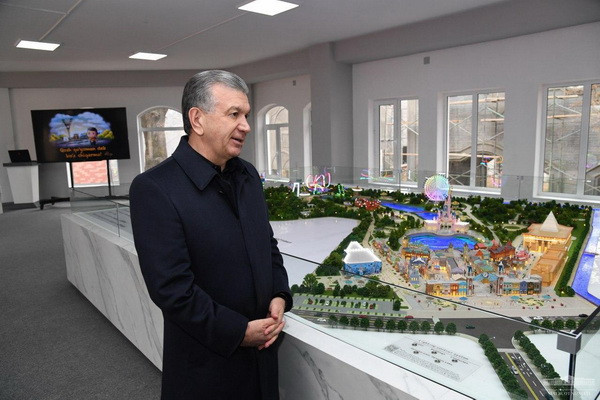 Oceanarium to be constructed in the National Park

Oceanarium to be constructed in the National Park

Here the construction of a modern park of culture and rest continues. The project is implemented in two stages in accordance with the decision of the Cabinet of Ministers from 4 September 2017.

At the first stage, an aquarium, an amphitheater, a cinema, a playground, a fairy-tale-style castle, a musical fountain and a parking lot will be erected on an area of 9 hectares. The second stage involves the construction of a theme park, a children's circuit, rides and aquarepark, which will occupy a total of 12 hectares.

In addition, cafes, restaurants and shops will be opened, chestnuts, pine trees, Japanese sophora, magnolias, oak, birch and other tree species will be planted.

After the completion of modernization, the park will be able to serve up to 10 thousand people a day. Along with providing meaningful leisure for the population, this monastery of culture and entertainment will increase the tourist attractiveness of the capital.

The head of state gave instructions on establishing year-round activities of the park, creating broad conditions for family vacations. The importance of installing mock-ups of historical monuments of Samarkand, Bukhara, Khiva and other cities is emphasized, which will help to increase the interest of young people and foreign guests in the history of our country.

There was a conversation with the khokims of the districts of the city of Tashkent.