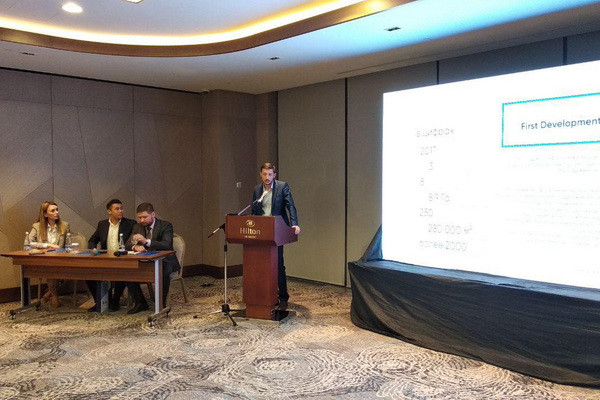 Tashkent, Uzbekistan (UzDaily.com) – On 28 December, a press conference of Freedom Finance in Uzbekistan was held, which highlighted the main events of the outgoing year and summarized the company's activities for 2019.

The most significant event of the year for Freedom Finance in Uzbekistan was the participation in the SPO of the largest glass producer - JSC Quartz as an official underwriter of the transaction along with the local broker Portfolio Investments. The initiator of the sale of securities was the State Asset Management Agency. In total, according to the results of SPO, 5% of the state block of shares was placed.

As part of the SPO Quartz, it was planned to sell 4,822,460 shares. According to the Republican Stock Exchange “Toshkent”, 2,153 applications for a total number of shares of 4,890,179 were received, which exceeded the volume of securities offered for subscription by 1.40% and amounted to 101.4%. The total amount of funds raised is 16.03 billion soums. Freedom Finance attracted the bulk of applications, namely 1,700 applications for 3,973,716 shares, ensuring the sale of securities by 82.4%. The amount of funds raised through Freedom Finance amounted to 13.03 billion soums. It is worth noting that SPO Quartz JSC is the largest by far in terms of the volume of shares offered for sale in monetary terms.

Today, Freedom Finance, within the framework of the press conference, determined the winner of the drawing of a two-room apartment among investors who submitted an application for the purchase of shares of Quartz JSC as part of the SPO.

In October 2019, the parent holding company Freedom Holding Corp., which also includes the Uzbek company Freedom Finance, went through the listing process on the Nasdaq Capital Market and in New York began trading in common shares of Freedom Holding Corp. under the ticker “FRHC”, which is a clear confirmation that the company adheres to the highest professional standards and meets the global criteria for the reliability of financial institutions.

The company seeks to introduce the best international experience in the stock market of Uzbekistan. So, in April 2019, joint projects were carried out with Uzpromstroybank (Investor Day) and Quartz JSC (Issuer Day) with the support of the Agency for Development of the Capital Market of the Republic of Uzbekistan, the Agency for Management of State Assets of the Republic of Uzbekistan, the Central Securities Depository and the Republican Stock Exchange "Toshkent". Such events will ensure openness and the desire of issuers to "transparency", and informing minority investors about the long-term plans of issuing companies and familiarity with the analysis of cases will increase confidence and understanding.

In January 2019, Freedom Finance was awarded the title of “Best Investment Intermediary of 2018” according to the results of the annual competition “Best in the Capital Market”, which is held annually in accordance with paragraph 13 of the Program of Measures, approved by resolution of the President of the Republic of Uzbekistan. “On measures to introduce modern methods of corporate governance in joint-stock companies”.

The main mission of Freedom Finance in Uzbekistan is enlightenment in the field of investment among the general population. Especially for those who want to better understand how the stock market works, learn how to weigh their risks and earn money, Freedom Finance continues to conduct free workshops on “The Art of Investing” and “Financial Tasting” in 8 cities of Uzbekistan.