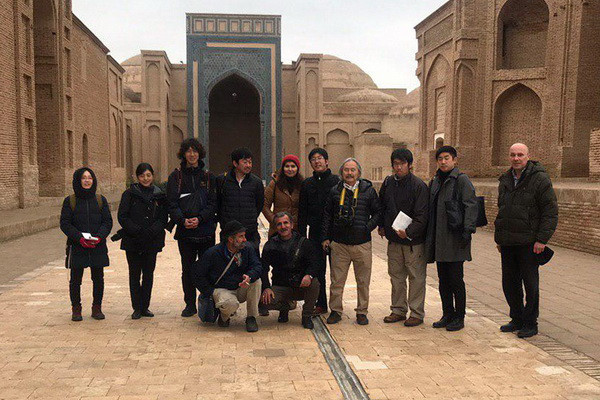 Representatives of leading Japanese media familiarized with reforms in Uzbekistan

Representatives of leading Japanese media familiarized with reforms in Uzbekistan

Tashkent, Uzbekistan (UzDaily.com) - In anticipation of the visit of the President of the Republic of Uzbekistan Shavkat Mirziyoyev to Japan, an information tour to our country was held for representatives of the leading media in the country of the rising sun.

Infotour is organized by the State Committee for Tourism Development of the Republic of Uzbekistan and the Embassy of Uzbekistan in Japan. The Japanese delegation includes representatives of leading media such as the NHK television and radio company, the JIJI Press news agency, the newspapers Mainichi Shimbun, Sankei Shimbun, To-o Press, Chunichi Shimbun, and Travel magazine Globe-Trotter Travel Guidebook.

It should be noted that representatives of the Japanese media intend to widely and effectively cover the visit of the head of state to Japan in December. Deputy Prime Minister Aziz Abduhakimov met with a delegation of Japanese journalists and informed them of the major reforms currently underway in Uzbekistan, including in education, tourism, physical education and sports.

In order to raise awareness of the Japanese public about Uzbekistan in anticipation of Shavkat Mirziyoyev’s visit to Japan, as well as to strengthen comprehensive cooperation between our countries, journalists asked their questions. In particular, they expressed interest in the changes taking place in Uzbekistan today in various fields, political processes, the transition of Uzbekistan to a policy of openness and transparency, cooperation between Tashkent and Nagoya and tourism infrastructure. Representatives of the Japanese delegation also touched on the pre-election debate in Uzbekistan and expressed interest in following these processes through the media.

During the visit, representatives of Japanese media visited Tashkent, Samarkand, Surkhandarya and Ferghana regions. Termez Archaeological Museum in Surkhandarya, archaeological sites of Buddha, Fayaztep, Karatep and Alexandria Oksianskaya (Kampirtepa) made a great impression on them. The representative of the tourism magazine Globe-Trotter Travel Guidebook noted that Termez will be included in the "list of must-see tourist sites for the Japanese" and will arouse great interest among the Japanese. It should be noted that during his visit to the Surkhandarya region, President Shavkat Mirziyoyev said that the region should be widely promoted among Japanese tourists.

In addition, the Japanese delegation expressed interest in the purpose of the visit of the President of Uzbekistan to the country of the rising sun. They were informed that special attention will be paid to all areas, especially the education system, to further strengthen cooperation in this area, and to promote the Japanese education system in Uzbekistan. At the end of the meeting, Japanese journalists noted that on the basis of the information received, they would widely and effectively cover the visit of President Shavkat Mirziyoyev to Japan.