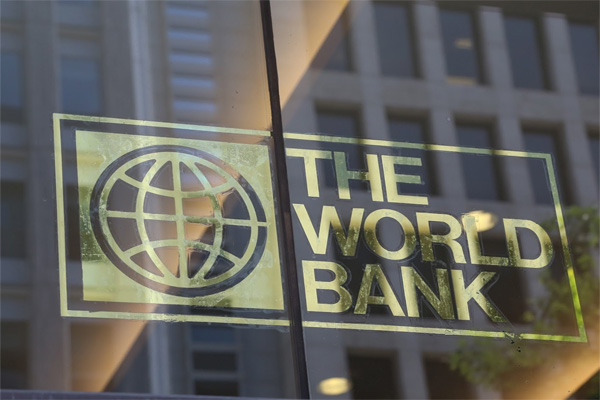 This estimate, the lowest in four years, reflects slowing growth in both the Russian Federation and Turkey, the region’s two largest economies. The report also notes robust growth in other parts of the region, including countries in Central Europe, Central Asia and the South Caucasus.

Slower growth in the region parallels a global downward trend and underlines the need to boost productivity growth and increase investment - which has been declining over the past decade.

In Europe and Central Asia, worsening demographic trends – including the shrinking size of the working-age population – add to these challenges. The report looks at migration trends and offers insights for both destination countries and countries of origin.

“Migration can contribute to prosperity in the region,” says Asli Demirguc-Kunt, World Bank Chief Economist for Europe and Central Asia. “Migrants disproportionately tend to be of working age and can therefore ease demographic pressures by increasing the size of the labor force, raising productivity, and boosting growth.”

The share of immigrants in Europe has rapidly increased over the last four decades, with one out of every three immigrants around the world now going to Europe. Intra-regional migration is also high in Europe and Central Asia, with 80% of emigrants choosing to move to other countries in the region. Opposition to migration is often strong, however, because the benefits tend to be longer-term while the costs - including displacement and unemployment - are immediate and concentrated among certain groups.

Policymakers need to assist these groups by designing programs to retrain them and adjusting education systems for young people, so that they are not competing with lower-skilled immigrants. Components of such efforts could include transitory welfare benefits and unemployment insurance payments, according to the report.

Migration also raises concerns of ‘brain drain’ of skilled-labor from countries of origin, as people with more education tend to emigrate more often around the region. Statistics show that 55% of people with higher education from Bosnia and Herzegovina live abroad, and this figure is over 40% of the educated populations of Armenians and Latvians, and close to 40% for Albania, Moldova, North Macedonia, the Kyrgyz Republic, Kazakhstan, Romania, and Tajikistan. Such persistent patterns are often a symptom rather than the cause of the underlying problem.

Improving governance and strengthening institutions in origin countries are long-term policies that can address the root causes of persistent emigration. Policies aimed at retaining skilled labor include promoting the private sector and boosting job creation, investing in higher education, and increasing opportunities for women in the economy.

Greater connectivity is also an important aspect of increasing engagement with the diaspora, as emigrants who stay connected are more likely to invest and return. The report shows that increasing incentives for remaining in a country of origin is more likely to deter outward migration than pursuing policies that restrict benefits abroad.