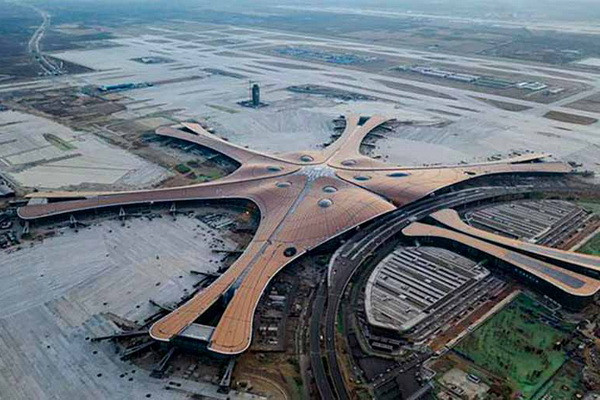 The maiden flight served between Beijing and Guangzhou in south China. Following it, six other Chinese airlines started their respective first flight via the new airport.

Xi, also general secretary of the Communist Party of China (CPC) Central Committee and chairman of the Central Military Commission, attended the operation ceremony of the airport on Wednesday morning.

Xi stressed that the new airport, which was built in less than five years and put into operation smoothly, has shown China’s prowess in engineering construction.

It is also a display of the political advantages of the CPC leadership and China’s socialist system that can mobilize all sources to make great achievements, said Xi.