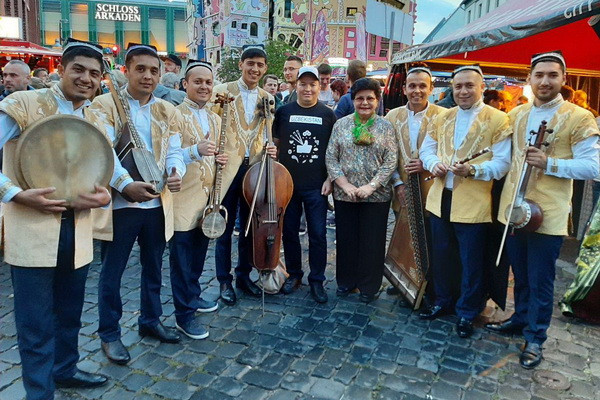 Tashkent, Uzbekistan (UzDaily.com) -- The tourism potential of Uzbekistan is presented at the Magnifest-2019 International Festival in Braunschweig (Germany), which takes place from 6 to 8 September.

The campaign was organized by the State Committee of the Republic of Uzbekistan for Tourism Development, the Embassy of Uzbekistan in Germany in cooperation with active compatriots living abroad.

The international Magnifest festival is one of the largest festivals, known for its musical and gastronomic events, which has been held for almost a century. More than 150,000 people from Germany and Europe attend the festival every year.

The festival takes place for 3 days, the Sogdiana orchestra of Uzbek national musical instruments also takes part in it.

It is worth noting that folk songs and songs performed by our compatriots at the festival give a great mood to the audience. The festival plays an important role in promoting the Uzbekistan tourism brand abroad, including in the development of tourism in the country.

“Despite the fact that Uzbekistan is participating in the festival for the first time, the participants showed great interest in our country, in particular, in our national cultural, artistic and tourist potential. From the point of view of tourism development, the participation of Uzbekistan in such a large-scale event will give positive results in promoting the tourism potential of the republic,” Asliddin Bobocholov, a student at Humboldt University in Germany, said.