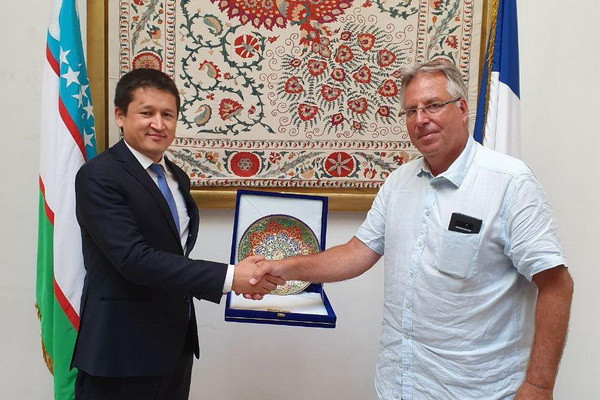 Tashkent, Uzbekistan (UzDaily.com) -- At the meeting, the parties reached a number of agreements. In particular, Jürgen Bachmann invited Uzbekistan’s delegation to attend Top Resa 2019, which will be held in France on 1-4 October.

The Uzbek side will present the national stand of Uzbekistan at the international fair, which will include a press conference dedicated to Uzbekistan’s tourism potential for representatives of French travel companies and mass media.

It is also planned to organize Uzbekistan delegation’s meeting with the National Tourism Administration of France and organizers of the international fair dedicated to Uzbekistan’s tourism potential and innovations in tourism sector of the country.

In addition, agreement was reached on participation of French tour operators at Tashkent International Tourism Fair on 13-15 November.