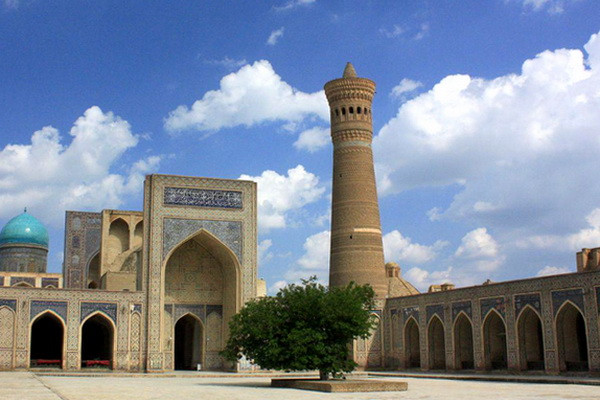 Tashkent, Uzbekistan (UzDaily.com) -- On 21 June, as part of the gala reception held in honor of the founding of the SCO, the presentation of the “Eight Wonders of the SCO” was held in Beijing.

The event, organized by the SCO Secretariat, was attended by over 600 representatives of political, social, business community and the diplomatic corps, SCO Secretary General Vladimir Norov noted in his speech that the decision to establish the organization made 18 years ago was an important strategic choice of the member states, oriented to peace and stability.

The guests of honor, accompanied by the Secretary General, visited the exhibition “Eight Wonders of the SCO”. The exhibition presents photographic materials, videos, books and brochures on nature, customs, traditional costumes, handicrafts and national cuisine of the SCO countries.

It is worth noting that the countries of the Shanghai Cooperation Organization are an excellent harmonization of interethnic and cultural dialogue. Each of them has magnificent historical and architectural monuments, as well as unique nature.

It is noteworthy that the architectural ensemble Poi Kalyan, one of the pearls of the city of Bukhara, was included in the list of “Eight Wonders of the SCO,” and on the day of the founding of the SCO, a presentation of this historical place took place.

The architectural ensemble of Poi-Kalyan includes the territory around the Kalyan minaret. The complex consists of 3 buildings of the XII-XIV centuries: Kalyan Minaret, Kalyan Mosque and Miri Arab Madrasah.

The minaret Kalyan was built by Arslanhan in 1127 and has not been repaired for almost 900 years. Its height is 46.5 meters.

Kalyan Mosque is the second largest mosque in Central Asia after the Bibihonym in Samarkand. During the reign of Ubaidullahan, the mosque was rebuilt on the site of the Karakhanid mosque. Construction work was completed in 1514.

Miri-Arab Madrasah was founded during the reign of Ubaidullahan, in 1535-1536. The mosque was quite large, including 111 courtyards and 2 halls.

It is important to note that the main principles of the SCO - respect for the diversity of cultures, the desire for joint development, play an important role in strengthening friendly relations between the member countries of the organization.