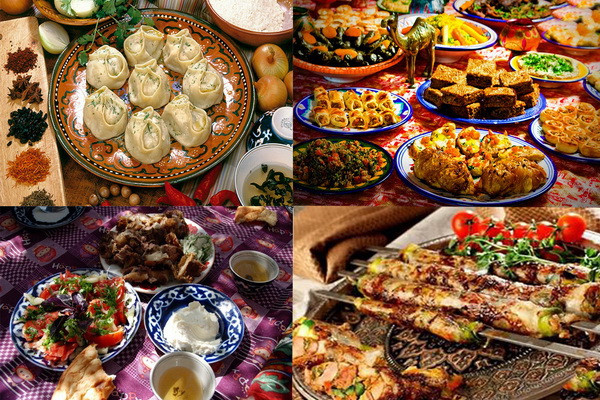 Tashkent, Uzbekistan (UzDaily.com) -- In order to further develop and popularize the gastronomic potential of Uzbekistan at the international level, as well as develop international cooperation in the field of gastronomic tourism, promote the recognition of the tourist brand of Uzbekistan, create a positive image of the republic abroad, promote the republic among potential foreign tourists as an attractive tourist destination, the International Gastronomic Festival “Gastro Bazaar-2019” will be held in Tashkent from 9 to 11 August 2019.

The organizers of the festival are the State Committee of the Republic of Uzbekistan for the Development of Tourism and the Khokimiyat of Tashkent.

At present, gastronomy in the tourism industry is a moving industry that has a significant impact on the social and economic development of the country. One of the main tasks remains the creation of conditions for increasing the tourist attractiveness of the regions and the further development and wide promotion of its gastronomic potential.

Considering the experience of developed countries, we can understand that the relationship between gastronomy and tourism, as before, helped to increase the flow of tourists and affect the duration of their visits to cities and countries.

According to the UN World Tourism Organization (UNWTO, Global Report Research of Food tourism), 79% of travelers draw up travel plans after studying the calendar of gastronomic events and the features of national cuisine. In addition, the study showed that the national cuisine of every third tourist growing state is a motivation for travel, and it was investigated that about 30 percent of the total cost will be spent on food.

According to the above studies, while over the past 20 years the growth of tourism in the world increased by an average of 9.4%, these growth rates showed an annual growth of 15.5% in gastronomic tourism among the types of tourism.

Currently, Uzbekistan has become the very country where tourists can not only relax, enjoy nature and explore the sights, customs and culture, but also get acquainted with the features of colorful national cuisine.

The inclusion of Uzbek Plov in the Representative List of the Intangible Cultural Heritage of Humanity by UNESCO on December 1, 2016, as well as the preparation on September 8, 2017 of an 8-ton Uzbek plov (pilaf) at the Uzbekegim national culture festival and its inclusion in the Guinness Book of Records, served as yet another reason for increasing interest million people to Uzbekistan and Uzbek cuisine.

In addition, an increasing number of Uzbek restaurants abroad testifies to the success and popularity of Uzbek cuisine. Only in Moscow, the capital of the Russian Federation, there are more than 300 restaurants of Uzbek cuisine. Given the presence of Uzbek national restaurants in New York, Berlin, Frankfurt, London, Los Angeles, Dubai, Beijing, Seoul, St. Petersburg, Riga, Istanbul and other large cities, we can state the fact that the world is increasingly showing great interest to our national cuisine.

It is no secret that in surveys conducted by several foreign analytical research agencies and magazines, Uzbekistan is recognized as the most popular direction of gastronomic tourism. This is another evidence that the State Committee of the Republic of Uzbekistan for the Development of Tourism is carrying out effective work to develop tourism in Uzbekistan, including gastronomic tourism.

It is worth noting that international organizations, chefs and restaurant chains of the world, as well as representatives of domestic restaurants, cafes and catering establishments are expected to participate in the Gastro Bazaar-2019 International Gastronomy Festival.