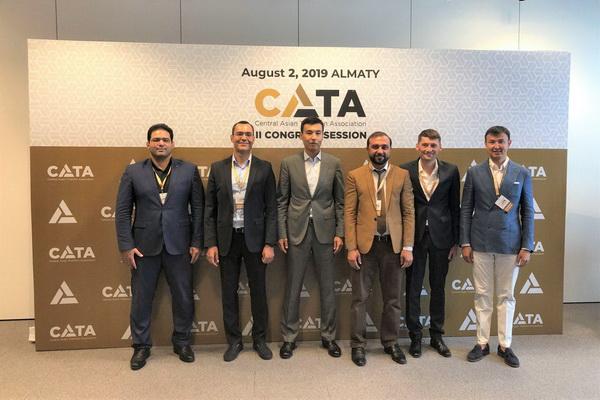 CATA includes the national triathlon Federations of Kazakhstan, the Kyrgyz Republic and Uzbekistan.

The Congress, held under the chairmanship of CATA President of Galimjan Yessenov, was attended by members of the CATA – first Deputy Chairman of the Federation of triathlon of Uzbekistan Farrukh Nasirov, the President of the triathlon Federation of the Kyrgyz Republic Mr. Alkanes and Secretary General of CATA Maxim Kriat. There were also other guests.

As a result of the meeting, the main goals for the near future were outlined, specific tasks were set, a number of important decisions were made that determine the direction of the organization’s work.

The Association plans to make the Central Asian region one of the leaders in the development and promotion of triathlon on the Asian continent. To do this, it is planned to fully cover the activities of CATA throughout the media space, to create a regulatory framework, to increase the involvement of the triathlon to 1% of the population of each country participating in CATA, and finally, to prepare professional triathletes and parathletes, who will enter the Top 30 of the world and Top 5 Asian rankings.

During the meeting, Afghanistan and Iran were accepted to the CATA, while Uzbekistan’s Farrukh Nasirov was elected as the CATA Vice President.

CATA also approved dates of the first competition under the auspices of the organization. The competition will be held in Shymkent (Kazakhstan) on 5 October to 2019. The athletes will also continue their competition in Uzbekistan.

It was decided to hold the first start on paratriathlon CATA competition within the first Asian Cup in Aktau on 22 September.