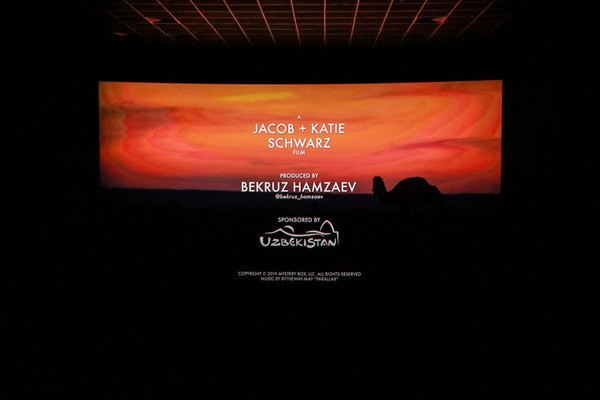 Tashkent, Uzbekistan (UzDaily.com) - In October this year, the American creative team of Jacob Schwartz (the author of the first short film about Uzbekistan in 8K) will start shooting the first episode of the series about the history of the peoples of Central Asia of XI-XII centuries.

Earlier, agreements were reached between the Uzbek and American sides on the captured locations of the  film. As the first pilot project is in English, actors from abroad will be attracted in the film, actors from Uzbekistan may also be involved in the next series.

The advisor to the Chairman of the State Committee of the Republic of Uzbekistan for tourism development Behruz Khamzayev will be responsible for the consistency of the episodes in the series, while the film production and its post-production will be overseen by the creative team of Schwarz. Movie promotion will be carried out through Neftlix and Amazon platforms.

Why the show? It is known that today the famous TV series "Game of thrones" has been watched by a huge number of people around the world. Many elements in it originated from the history of the peoples of Central Asia. Therefore, it was decided to  shoot a new film on the territory of Uzbekistan.   The main partner of the project is the State Committee of the Republic of Uzbekistan for tourism development.

"Cinema plays a great role in promoting tourism. For example, a large number of episodes of the series "Game of thrones" was filmed in Dubrovnik (Croatia), which today is one of the best tourist destinations in Europe for the fourth year in a row", – said the advisor to the Chairman of the State Tourism Committee.   The soundtracks to the historical series prepares the famous Uzbek composer and author of modern songs.