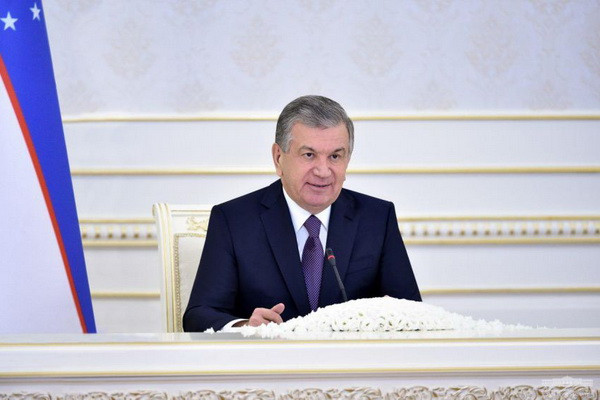 Results of tax reforms are considered, new tasks are defined

Results of tax reforms are considered, new tasks are defined

Tashkent, Uzbekistan (UzDaily.com) -- On 5 July, a meeting devoted to analysis of effectiveness of ensuring State budget revenues in the first half of this year and defining new tasks in this sphere was held under the chairmanship of the President of the Republic of Uzbekistan Shavkat Mirziyoyev.

Decree of the President “On the Concept of improving the tax policy of the Republic of Uzbekistan” was adopted on June 29, 2018, UzA reported.

As a result of implementation of this concept in the first half of this year, the State budget received 39 trillion 118 billion soums or 1.6 times more funds than in the same period last year. Due to over-fulfillment of the forecast by 8 percent, khokimiyats at places are using additional 2.8 trillion soums. As a result of a significant reduction in personal income tax rates and social benefits, more than 570,000 jobs have been legalized.

However, there are still some problems associated with systematic implementation of new tax reforms, increasing tax revenues and tax collection.

For example, slowness in legalization of “shadow” employment, expansion of tax base due to organization of new enterprises on the basis of unused objects and land plots is allowed. Revenue from large enterprises and tax prepayments have contributed to the forecast in some regions.

The Head of the state noted that due to these and other shortcomings, the opportunity to ensure multibillion-dollar revenues to budget was missed, and instructed heads of relevant ministries and regions to eliminate shortcomings, strict control over the implementation of tasks.

Uzbekistan has introduced a moratorium on tax audits until January 1, 2020. The State Tax Committee was instructed to create an electronic program with the possibility of assessing the risks of non-payment of taxes by the end of the year in cooperation with international financial institutions. Decree of the President “On measures for further streamlining the provision of tax and customs benefits” was adopted on June 27, 2019. Measures identified therein constitute the second important stage of tax reforms.

According to the Decree, from October 1, 2019, the currently applicable value added tax benefits will be canceled. Main objective of this measure is to create equal conditions for all entrepreneurs and strengthen healthy competition.

The task was set to intensify the activities of working group led by the Prime Minister, formed to widely explain the essence and significance of these changes to population and entrepreneurs. The need for organizing targeted work with business entities and farms, passing on the payment of VAT, providing them with practical assistance in accounting was noted.

The President also noted that entrepreneurs’ interests should be protected along with requirements to fully execute their tax obligations.

For example, entrepreneurs buy raw materials, the cost of which has already taken into account VAT. The amount of VAT paid for raw materials can be deducted, when the entrepreneur manufactures and sells products. Before that, he cannot temporarily use his working capital.

Therefore, the Head of the state instructed responsible officials to introduce a mechanism for simultaneous VAT accounting and return it to the taxpayer.

Another important issue, optimization of energy tariffs was also discussed at the meeting.

Over the past two years, a large amount of work has been carried out to ensure the uninterrupted supply of electricity and natural gas to the population, social and industrial facilities. Modernization of networks, introduction of energy-saving technologies and cost optimization are needed to further improve data in this sphere. Without tariff optimization, it is impossible to improve financial condition of industries and actively attract investment.

In this regard, taking into account opinion of experts and general public, proposals have been developed to change tariffs for the population up to inflation values. At the same time, it is planned to raise minimum wage so that the tariff reform will be painless.

It was noted that information on proposed reforms on streamlining tariffs should be fully brought to the population. Tasks of explaining the essence and importance of changes in tariffs in each makhalla with the visit of members of the Republican Working Group on promotion of tax reforms, as well as deputies of local kengashes, responsible officials of economic and municipal organizations to places, were defined.