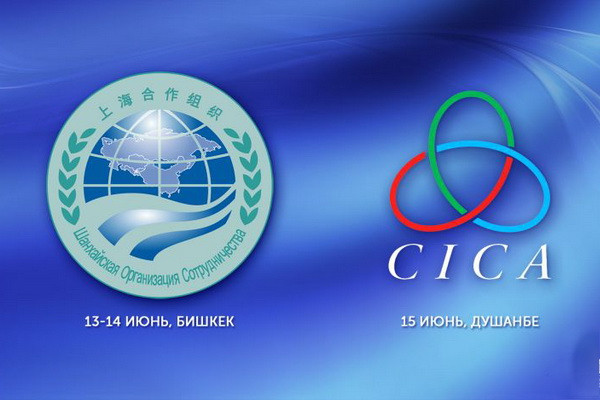 President of Uzbekistan to take part in SCO and CICA summits

President of Uzbekistan to take part in SCO and CICA summits

Tashkent, Uzbekistan (UzDaily.com) -- President of the Republic of Uzbekistan Shavkat Mirziyoyev will take part in the upcoming summit meetings of the Shanghai Cooperation Organization, on 13-14 June in Bishkek (Kyrgyzstan), and the Conference on Interaction and Confidence Building Measures in Asia on 15 June in Dushanbe (Tajikistan).

The agenda of the SCO Council of Heads of State session contains issues of further developing and strengthening multilateral cooperation in priority areas, including in political, economic and security matters. The participants are also expected to exchange views on pressing issues of international and regional nature.

Bishkek Declaration is anticipated to be adopted following the summit meeting. It is planned to sign a package of documents aimed at expanding multidimensional partnership within the organization, including enlargement of ties among regions of member nations and cooperation in digitalization and information-communication technologies, environment, tourism, sports and other areas.

The fifth summit of the Conference on Interaction and Confidence Building Measures in Asia will focus on the motto “Single vision for a safer and more prosperous region”. It will be attended by over 30 delegations of participating countries and observers, as well as international and regional organizations.

As part of participation in summits in Bishkek and Dushanbe, the President of Uzbekistan plans to hold a number of bilateral meetings with heads of other delegations.