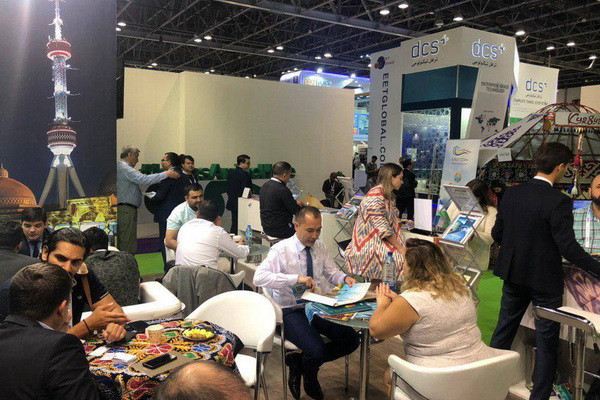 Tashkent, Uzbekistan (UzDaily.com) -- From 28 April to 1 May 2019, the 26th Arabian Travel Market international exhibition is held in the United Arab Emirates, at which Uzbekistan presents its National Stand for the first time.

At the event, representatives of the State Committee for Tourism Development are holding talks with foreign investors interested in the tourism sector of Uzbekistan, including in construction of hotel complexes and similar tourism facilities.

In addition, during the visit of Uzbekistan delegation, at the Consulate General of Uzbekistan in Dubai, a meeting was held with students of Synergy Dubai University and our compatriots living in the United Arab Emirates. A presentation of the tourism potential of Uzbekistan and reforms carried out in tourism industry was held, as well as handouts with general information about the country were distributed.