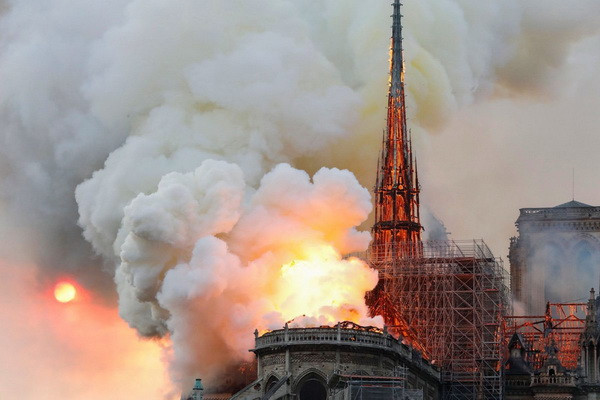 Cathedral of Notre Dame is in fire

Cathedral of Notre Dame is in fire

As the representative of the cathedral told Le Figaro, a fire report was received at approximately 6:50 pm local time. A spokesman for the Paris firefighters noted that it happened in the attic of the building.

All people, who were in the building of the cathedral, were evacuated. Firemen cordoned off a large perimeter around the building. About victims currently not reported.