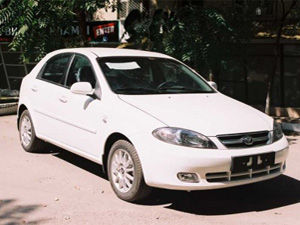 Uzavtoprom and Daewoo Motor created UzDaewoo Auto on parity terms with the charter capital of US$200 million. The car plant worth US$650 million has been commissioned in 1996 in Asaka, Andijan region. The capacity of the plant is 200,000 cars per year.

UzAvtoSanoat (Uzbek Car Industry) purchased 50% shares of Daewoo Motor in the venture for US$110 million.

The charter capital of new venture set at US$266.7 million. General Motors holds 25% shares and plus one share in the new venture and it can increase its share up to 40%. Currently, Uzavtosanoat possesses 75% shares in GM Uzbekistan.