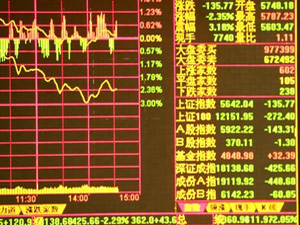 Total trade turnover at the Uzbekistan Stock Exchange “Tashkent” (UzSE) made US$17,000 on 20 October. During the day, stocks of 5 companies were traded an no deals on primary and secondary markets for foreign currency was registered.

There was no purchasing of major stock holding. The largest turnover belongs to Foykon, the amount of repo deal on stocks of this issuer was US$7,400, which made 43% of total turnover of the day. It should be mentioned that the deal price was US$0.37, which is three times more than last trading session on this stock.

Securities of Foykon (former Open Investment Fund, which is transformed into Open Joint-Stock Company) are active participants of repo deals. This is evident in the fact that during 2007 these stocks participated in 4 repo deals (in 2006 there was only one repo deal), and in 2008 there are already 4 of them.

The most active company: common stocks of Hamkorbank were most traded, total number of stocks sold in two deals reached 68.5 thousand (or about 0.07% of authorized capital). The deal price was US$0.1, which is 0.24 % less than the previous deal on this issuer’s security. Banking sector is most active at UzSE “Tashkent”.

According to the results of 9 months of this year the share of banking sector made about 40% of total turnover. Since the beginning of the year, 22,700 stocks of Hamkorbank were purchased at the stock exchange. This is 21.64% of authorized capital of the bank. In the beginning of the current month, the Central Bank of Uzbekistan issued a license to Open Private Joint-Stock Commercial Bank (OPJSCB) Amirbank (Samarkand) to deliver banking services. It should be expected that stocks of this bank will also be traded at UzSE “Tashkent” and this will lead to turnover growth of banking sector.

Common stocks of Yulreftrans (Road-refrigerator transportation) lost 1.16%. The largest drop of about 25% belongs to stocks of Pakhta Bank. Foykon stocks are in better shape - having participated in repo deal, they rose by three times.

During the day securities of five issuers were traded. Total number of transactions was 7. The share of repo deals on Foykon stocks made 43% of total turnover. It should be mentioned that repo deals held at UzSE “Tashkent” usually have an amount of more than several thousand US dollars. Banking sector provided 39% of total turnover.