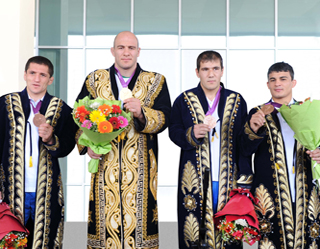 Representatives of state and societal organisations, general public, athletes and coaches, as well as others participated at the ceremony.

As earlier reported, 53 athletes, having successfully completed difficult qualification stages, earned the right to participate in 15 sports at the largest sporting event of the year.