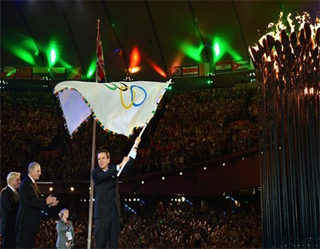 Uzbekistan national team was on the 47th place along with Trinidad and Tobago. Uzbek athletes won one gold and three bronze medals.

Next Olympic Games will be held in Rio de Janeiro (Brazil) in 2016.