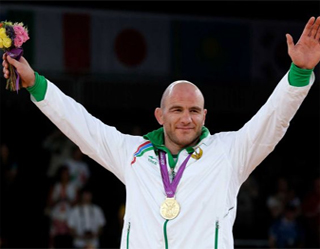 Rishod Sobirov won the first bronze medal of Uzbekistan in judo competitions at the weight category of 60 kg. Many expected that he would win gold medal, but he repeated his achievement of Beijing Olympic Games .

Uzbekistan pinned high hopes for boxers. But, unfortunately, two-time world champion Abbos Atoyev could reach only to semifinal. He lost to Japan’s Ryota Murata and won only bronze medals.

It is worth to mention that Artur Taymazov won three of five gold medals of Uzbekistan at Olympic Games. At the same time, wrestlers clinched the largest number of medals – 8, including four gold, three silver and one bronze medals.

Boxers are in the second place on number of won medals. They claimed seven medals – one gold and six bronze medals.

Judokas are on the third place with four medals. So far, they won two silver and two bronze medals. Rishod Sobirov won both bronze medals.